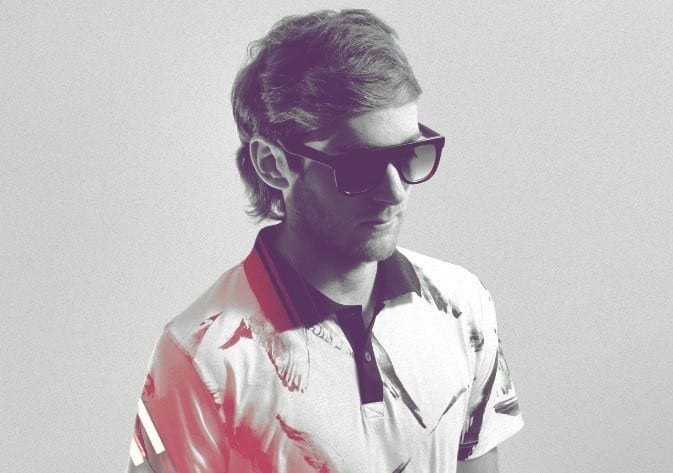 In 2012, OVERWERK teamed up with GoPro for a collaborative video that gained a groundbreaking 39 million views. Out today, his latest video campaign allows fans to walk a mile in his shoes. Spending the first half of this year touring in over 50 cities, OVERWERK saw the perfect opportunity to partner up with GoPro a second time.

This time taking on an official music video – the first music video GoPro has ever released – for ‘Create,’ the second single off his forthcoming EP. Shot entirely from his perspective using a mouthguard designed and built by the producer himself, the footage shares a peek into the life of a traveling DJ on a 103 show tour. With ‘Create’ serving as the soundtrack, the video provides an intimate view of a traveling performer and all it encompasses – from countless airports, checking into hotels, being golf carted around big stadiums, sightseeing and performing for small and large crowds alike.

Since his massively well-received single ‘Toccata’ was released in May, Edmond Huszar aka OVERWERK has upheld a constant effort to live up to his name, tirelessly devoting himself to the love of music. The single gave fans a glimpse of what they can expect to hear from his forthcoming CANON EP, due out this fall. The cinematic quality of “Toccata” led to it becoming an instant hit across clubs and festivals all over the world. His undeniably unique sound blends the heavy complexities of electro with the powerful feeling of an orchestral score.

Refusing to fall into the confinements of being a single-genre, single-market producer, the Canada-native has created an appeal that translates from an audience consisting of EDM fans to fashion shows for iconic influencers like Chanel. His collaboration with the globally renowned brand in particular led to a second partnership producing music for their new line due in 2016. Achieving commercial success as well, his distinctive sound led to a variety of collaborative projects with luxury outlets such as Prada, Vogue and Gucci, as well as high-octane fueled brands including Lamborghini and EA Games. Channeling his creative genius across a variety of outlets, labeling him as just a producer doesn’t give his far extending artistic talents nearly enough credit.