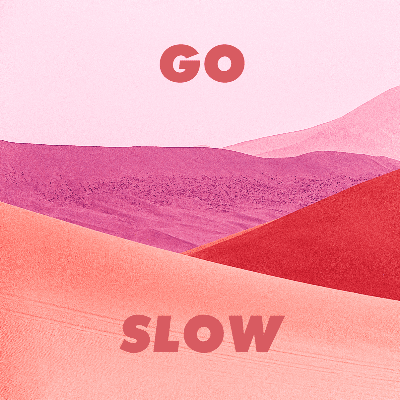 J and producer duo Gorgon City have collaborated with Grammy-nominated US artist Kaskade on immersive new single ‘Go Slow’. Featuring the vocals of rising star ROMÉO, the cinematic release is out on Thursday 9th May via Virgin EMI.

The artists made the decision to work together after a fan tweeted suggesting a collab between them. Both parties tweeted back their agreement, and less than a month later met up in an LA studio to record the track. The end product combines Gorgon City’s trademark slick, bass house sound with Kaskade’s signature emotive house elements.

Launched with a visualiser and artwork conveying a psychedelic Californian desert theme, ‘Go Slow’ is a record released with summer in mind. The track will also feature on Kaskade’s new Redux 003 EP, dropping on Friday 10th May.

The single follows Gorgon City’s sold out dates in the US and UK, as well as two outstanding performances at Coachella last month – including a surprise back-to-back DJ set with Camelphat at the Do-Lab stage.  ‘Go Slow’ is also the latest release following recent dancefloor anthems ‘Lick Shot’ and ‘Delicious’. Both tracks received massive support from the electronic world, picking up BBC Radio 1support from the likes of Danny Howard, MistaJam and Pete Tong with ‘Lick Shot’ going Top 10 on Beatport.

The boys are poised for another busy summer, with sets lined up at the likes of Creamfields, Benicassim and Electric Forest, plus a newly announced residency at The Palms Hotel in Las Vegas. They will also return to Ibiza as part of this year’s DEFECTED series at Eden.

One of the most established figures on the US dance music circuit, ‘Go Slow’ is Kaskade’s first release since last month’s collaboration with production trio Cheat Codes on single ‘Be The One’. The Chicago-born artist is set for a similarly busy summer, with a regular slot at Palms Casino Resort in Las Vegas, as well as headlining the third year at his Sunsoaked Festival in California, Global Dance Festival in Denver, Electric Zoo in New York and Michigan’s Breakaway Music Festival.

With Gorgon City continually building on their status as one of the world’s most recognisable electronic acts, working alongside US dance royalty Kaskade on ‘Go Slow’ is destined to take their reputation to new heights.