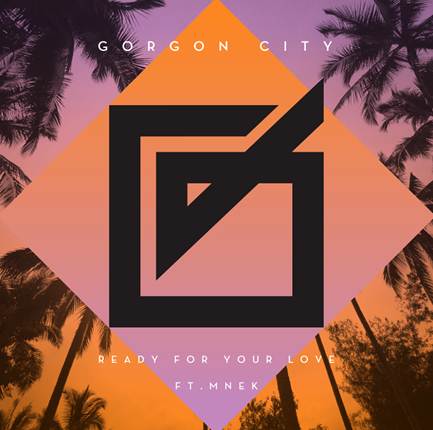 Gorgon City return with their new single ‘Ready For Your Love’, hot on the heels of summer smashes ‘Real’ ft. Yasmin and ‘Intentions’ featuring Clean Bandit. Both tracks achieved ‘Record Of The Week’ on Radio 1 from Nick Grimshaw & Mistajam and Sarah Cox & Sarah-Jane Crawford respectively, with ‘Real’ going on to sell over 47,000 copies in the UK to date. The exceeding success announced the duo of Matt and Kye as one of the most exciting and hotly tipped new acts in the ever-flourishing landscape of British club savvy pop.

‘Ready For You Love’ received it’s first exclusive play on R1 last night as Zane Lowe’s ‘Hottest Record in the World’ and features the vocal talents of MNEK who co-wrote the track with Matt and Kye. The dance-soul upstarts’ recent credits include breakout collaborations with Rudimental, Duke Dumont and Misha B among others, singling him out as one of the UK’s hottest young vocalists, songwriters and producers.

‘Ready For Your Love’ further establishes Gorgon City’s ability in capturing stunning performances from their collaborators. MNEK’s soaring soulful delivery marries perfectly with the duo’s signature production touches, bringing together the beatific agility of two-step with the gravity and resonance of deep house, dropping into an instantly addictive chorus hook.

The last few months have seen Gorgon City cement their repertoire as tent-shaking favorites internationally, with festival sets at Glastonbury, Parklife, Hideout, Global Gathering, SW4 and Isle of White. They have also had an all-summer residency at Space, Ibiza with Carl Cox and Ibiza Rocks and did a one off performance for the Radio 1 Ibiza weekend. They have freshly supported Rudimental on a ten date run in various Australian arenas, ahead of continuing with them to a UK Academy tour in October.

November 14th sees GC be part of the exceptional Red Bull Revolutions in Sound event alongside Rudimental. MNEK will also join the boys in the pod to play ‘Ready For Your Love’ which will be broadcast live on E4 and Youtube.