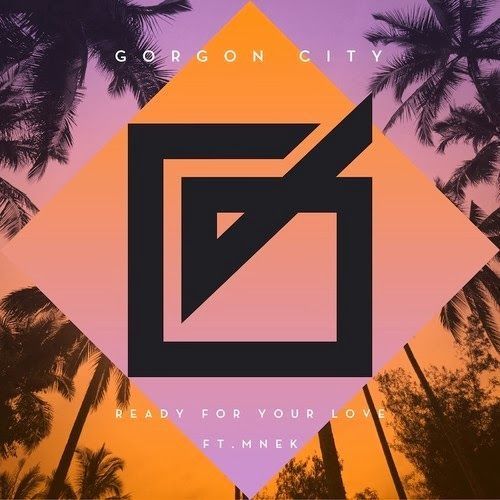 The hotly tipped North London producers are back with a BRAND NEW VIDEO for their highly anticipated new single ‘Ready For Your Love’, featuring the Grammy nominated MNEK who co-wrote the track with Matt and Kye.  The video, directed by Sing J Lee, sees the unification of young revellers coming together to celebrate and let themselves go in a ritual of feel good worship, under the watchful eye of the medusa and her love triangle. Watch the video HERE.

‘Ready For Your Love’ further establishes Gorgon City’s ability in capturing stunning performances from their collaborators. MNEK’s soaring soulful delivery marries perfectly with the duo’s signature production touches, bringing together the beatific agility of two-step with the gravity and resonance of deep house, dropping into an instantly addictive chorus hook.

‘Ready For Your Love’ has been generating a wealth of incredibly exciting reactions across national and specialist radio since receiving its first exclusive play on Radio 1 as Zane Lowe’s ‘Hottest Record in the World,’ now picking up regular spins on Radio 1, Kiss FM, Radio 1xtra, Capital Xtra and Rinse to much acclaim from the likes of Annie Mac, Pete Tong, Annie Nightingale, Nick Grimshaw & MistaJam to name but a few.

With Matt and Kye having spent the past weeks in the LA studio putting the finishing touches to their forthcoming album, collaborations are underway with Kiesza, Bipolar Sunshine, Jess Glynne, Josh Record, George Maple, Vicktor Taiwo and Jacob Banks among notable others.

Having recently smashed it across the US with packed out shows in New York, San Francisco & L.A. forthcoming DJ slots include The Warehouse Project New Year’s Day Closing Party (Manchester), Holly Ship! boat cruise (Miami) with Major Lazer and Skrillex among others, a headline show at Circus at the Egg (London), Future Music Festival (Australia), SXSW (Austin, Texas) plus the Winter Music Conference (Miami) and Snowbombing (Austria) to kick off their run of festival shows in 2014 and promising much more excitement to come from the duo in coming months.

Welcome to the happenings of Gorgon City.