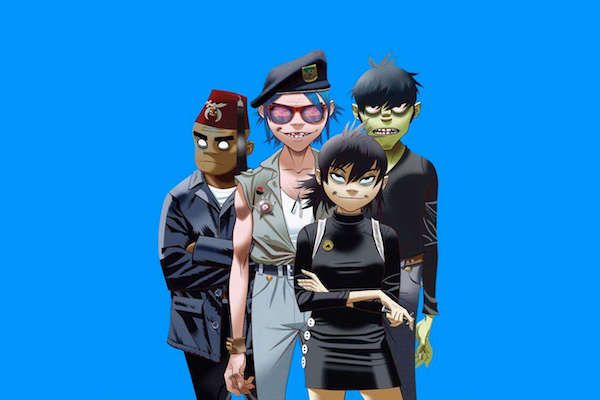 Belgium’s most celebrated festival is delighted to announce that the shape-shifting cartoon masterminds Gorillaz will take to the stage at Rock Werchter 2018 for the very first time.

Currently touring the world in celebration of their critically acclaimed new album ‘HUMANZ’, Gorillaz are set to bring their critically acclaimed lyricism and live show to the Festivalpark in Werchter next summer. The best virtual band in the world. Gorillaz are 2D (vocals), Murdoc Niccals (bass), Noodle (guitar) and Russel Hobbs (drums); the brainchild of Damon Albarn and Jamie Hewlett.

Projecting an infectious mix of reggae, dub, hip-hop, electronics, soul and alt-rock as well as fantastic guest contributions, the genius of Gorillaz has resulted in songs like 'Clint Eastwood’, ‘Tomorrow Comes Today’, 'On Melancholy Hill’, ‘DARE’, and the anthemic  ‘Feel Good Inc’. A Gorillaz live show is an incredible spectacle and their debut performance at Rock Werchter 2018 will be an unforgettable moment in in music.

Comprised of a world-class line up, delicious food and drink, innovative technology and production including tents that match the best concert halls, Rock Werchter is a truly unique festival experience.

The largest summer festival in Belgium will take place from Thursday 5 July to Sunday 8 July 2018. Ticket sales for Rock Werchter 2018 start on Saturday 25 November at 10 AM and available from www,ticketmaster.be

Rock Werchter is a multiple award-winning, international hit. Every day 88,000 festival goers found the way to the sold-out Festivalpark in Werchter in 2017. Learn more about Rock Werchter on www.rockwerchter.be