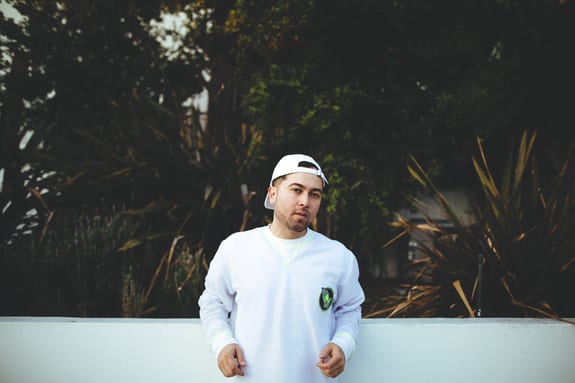 Kicking off on the World Club Dome Cruise from April 25-27, the Toronto-based artist will be taking on 10 dates across the continent this summer, including stops in Barcelona, London, Frankfurt and Stockholm (to name just a few) before one final performance at Creamfields Festival UK at the end of August.

In the short time since its release, "Easy Go" has accumulated millions of plays on Spotify alone, racing up Shazam charts worldwide.

Most recently, "Easy Go" broke the top-40 spot on U.S. Radio, making Grandtheft the only indie act to be doing so amongst his charting peers. "Easy Go" has quickly established itself as a worthy weapon in Grandtheft's arsenal of chart-toppers, receiving rave reviews and support from his passionate international fan base.

For a full list of Grandtheft’s European Tour Dates, see below. For all further information, head to his Facebook page here

Grandtheft is a Producer/DJ based in Toronto, Canada. Establishing an eclectic, custom club sound by playing largely his own originals and remixes, Grandtheft has slayed clubs worldwide and is respected as one of the best live DJs Canada has to offer. The music he produces is varied beyond categorization, except to say that it seems to move people. Grandtheft’s music is spun nightly in club and radio sets worldwide and has garnered wide-reaching support from Pretty Lights and Hardwell to Skrillex and Annie Mac. With a heavy schedule of touring that includes festivals such as Coachella, Ultra, Bestival, TomorrowWorld, HARD Fest, EDC and Mad Decent Block Party among others, Grandtheft’s following has increased astronomically in the past two years and shows no signs of slowing down.