Marco Carola brings another 3 huge Music On events to London 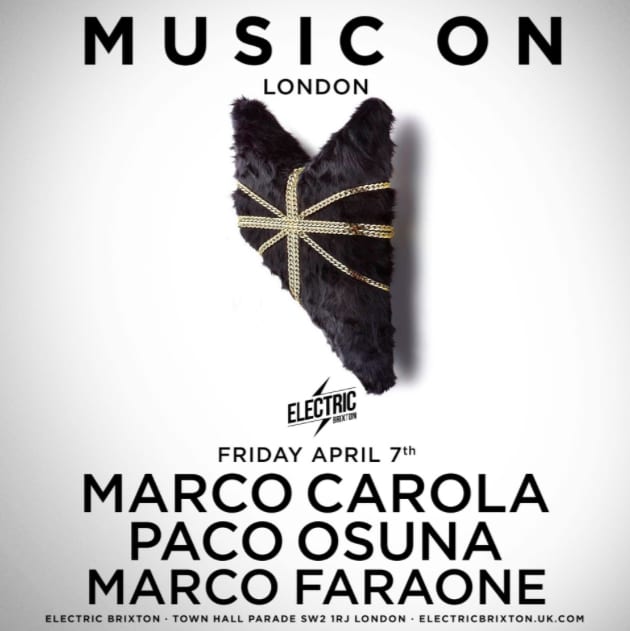 Marco Carola brings another 3 huge Music On events to London

The London events follow the legendary Music On events at Amnesia in Ibiza, one of the island’s most in-demand weekly parties during the summer and 2017 will mark their 7th season at the club.

Music On is the record label created by DJ artist Marco Carola, to promote cutting edge sounds from new and up and coming producers as well as his own musical output. Emanating from Naples, Marco was instrumental in the development of the electronic music scene in the early nineties, and with Music On has reinvigorated the underground techno sound by exporting the flourishing Naples techno scene worldwide.