Guide to Finn and the Swirly Spinn 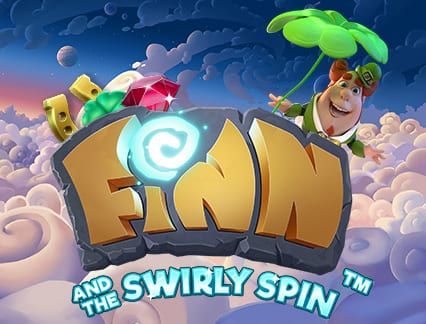 Guide to Finn and the Swirly Spinn

Rather than displaying the typical five-reel slot, the goal of this game is to unlock free spins by trying to get move a key around a swirl. This innovative concept is paired with the game’s stunning graphics and sound, great bonus features, not to mention Fin, the leprechaun with a big personality. NetEnt did a really good job on this game and prove that once again, they’re the winners. Have a taste of this fun experience when you play the game at Wizardslots.com!

This slot is a little unorthodox as NetEnt has designed a never before seen type of online slot game that might take a little getting used to, but it is nonetheless a truly innovative game that is overflowing with a number of chances at hitting it big.

NetEnt has certainly grown into an online iGaming software giant since its establishment in 1996. They may have begun modestly, with a three-member team; they now boast the creation of more than 200 games and deal with over 100 million transactions each day! Their success is due to their culture that promotes creativity and innovation.

Gameplay on Finn and the Swirly Spinn Slot

We should prepare you that the design is nothing you could have imagined, the reel for this slot is a swirl! Yes, a swirl, it has symbols tumbling in from the top and circling in a clockwise direction toward the center of the swirl where they vanish. There are amazing bonus features that may need a teensy bit of guidance to explain.

Now let’s get to the goal of the game – moving the golden key to the middle of the swirl. Once it gets there it does not vanish like other symbols, it increases your free spins by one. As Finn moves the key, he activates random bonuses that help to clear some of the other symbols. These bonuses are:

Helping the key reach the lock square are the two to five wilds that are shot into the air randomly and land on the spiral.

This feature triggers a shattering avalanche by having the dragon breath fire over the spiral, in turn evaporating some random symbols.

This feature results in potential wins and moving the key along the spiral. Fin casts a spell on the spin and turning a vertical and horizontal row into the same symbol.

This magical feature involves a pot of gold appearing. This turns the heart and spade symbols into premium symbols.

If you manage to get the key to reach the lock, you will be shown a new playable world – the free spins world. This is where you get four levels to unlock. This depends on the number of keys you have at this point in the game. Each of these four levels has their own feature:

Another avalanche gets triggered by three fiery spins and then there are sticky wilds.

Four free spins where the rows change into the same symbol for better prizes in an Irish Pub setting.

All hearts and spades change into premium symbols at the Golden Pot.

Verdict of this UK Slots game

NetEnt has managed to do it again, keep players glued to their screens as they enjoy the dazzling bonus features. This unique concept is unusual, but don’t let it deter you from playing as the gameplay is engaging and intuitive. The impressive 96.62% return to player speaks for its self; this guaranteed return is a shining example of how this game is another slam-dunk for the developer.