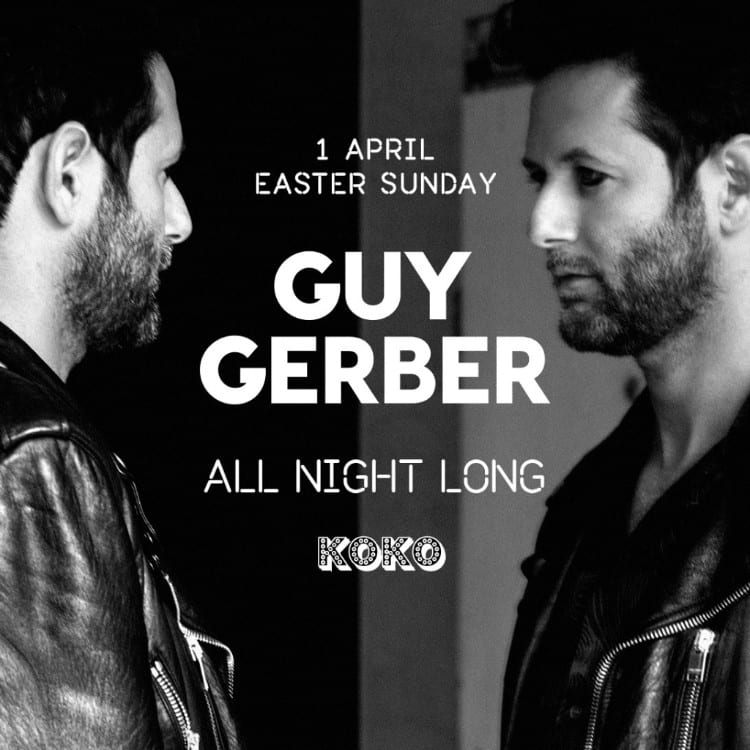 Running from 10pm until 5am, Guy’s set follows his sold-out KOKO event in 2016, and his recent sold-out RUMORS London party at Great Suffolk Street Warehouse. Famed for his RUMORS events, Guy’s party series evolved into a sell-out success story across the international party circuit, with a stage at BPM Mexico and events at Art Basel Miami and Miami Music Week, following the brand’s initial Ibiza inception.

A Balearic mainstay, Guy Gerber has amassed worldwide acclaim for his raw talent as a performer and an extended set specialist, epitomised by an unforgettable 12 hour performance at Burning Man no less. Further, his status as an international tastemaker is solidified by selling out major venues, including London’s Roundhouse in July 2017.

A hugely in-demand evening sure to be packed with the eclectic sounds and high standards Guy has set over recent years, tickets for ‘Guy Gerber – All Night Long’ are on sale now