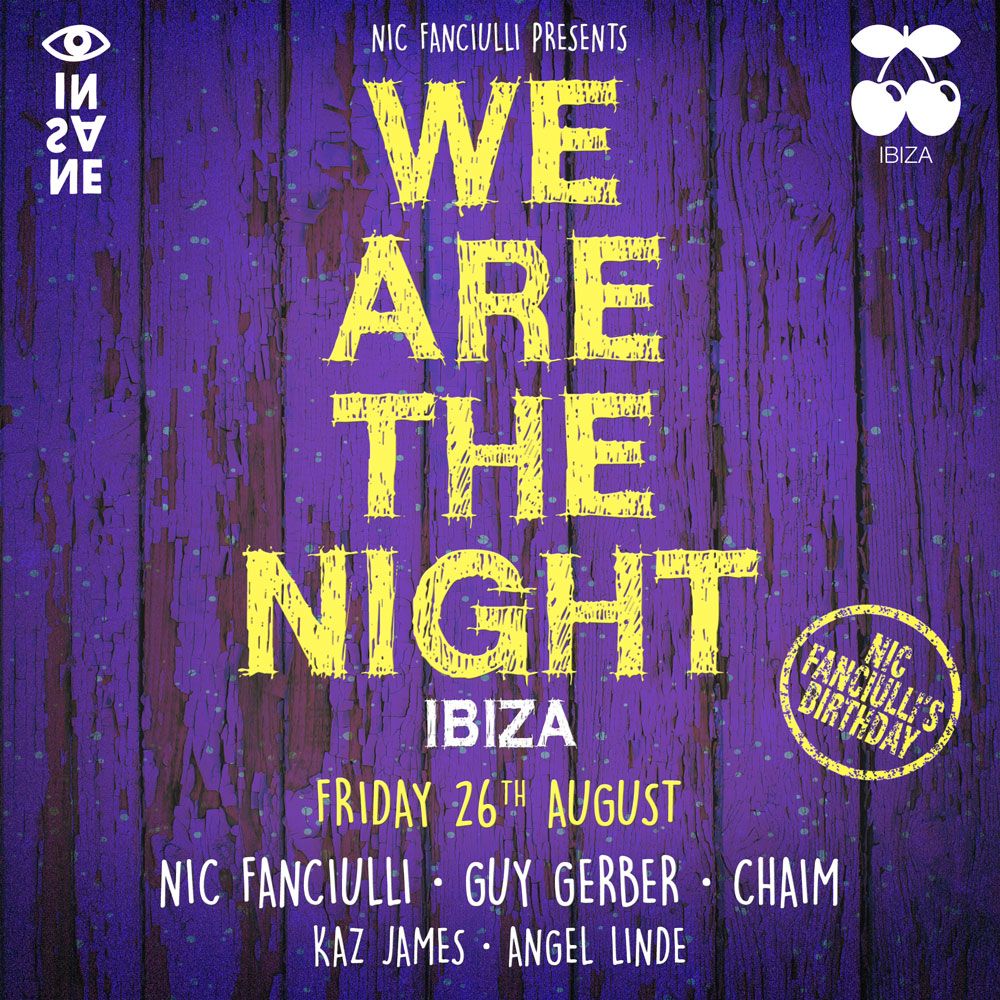 After the unforgettable second edition of his solo Ibiza residency at Pacha, Nic Fanciulli brings you the third instalment of ‘We Are The Night’ to Ibiza on the eve of his birthday, Friday 26th August.

Returning to the island for one of the most anticipated nights throughout the Ibiza calendar, Nic celebrates his birthday with a selection of handpicked talent. Ahead of his forthcoming ‘Secret Encounters’ EP, Rumors curator and label head Guy Gerber promises to deliver an unworldly display of progressive house & techno – resonating his tight connection with Nic.

Also adding to this week’s antics is fellow Israeli producer & Rumors affiliate Chaim, who will serve up a wealth of organic material – ranging from a back catalogue of stand-out releases on BPitch Control & more recent additions to Nic Fanciulli’s Saved Records & LA’s Culprit imprint.

In line with Nic’s long-awaited debut album, ‘We Are The Night’ OFF week Sonar edition in June and providing the official Ultra Europe after-party titled ‘We Are The Morning’ in Croatia last month; this residency marks a bold new chapter for Nic’s relationship with Ibiza, following two hugely successful 'La Familia’ residencies in 2014 and 2015.

To help kick off his international summer schedule, Nic also offers up an exclusive remix of Jamie xx's "See Saw" recently dubbed as ‘The Hottest Record In The World’ by Annie Mac. Bound to see plenty of rotation this summer in Ibiza and beyond, you can stream Jamie XX – SeeSaw (Nic Fanciulli) remix here.

Buy tickets for ‘We Are The Night': http://bit.ly/InsanePacha2016