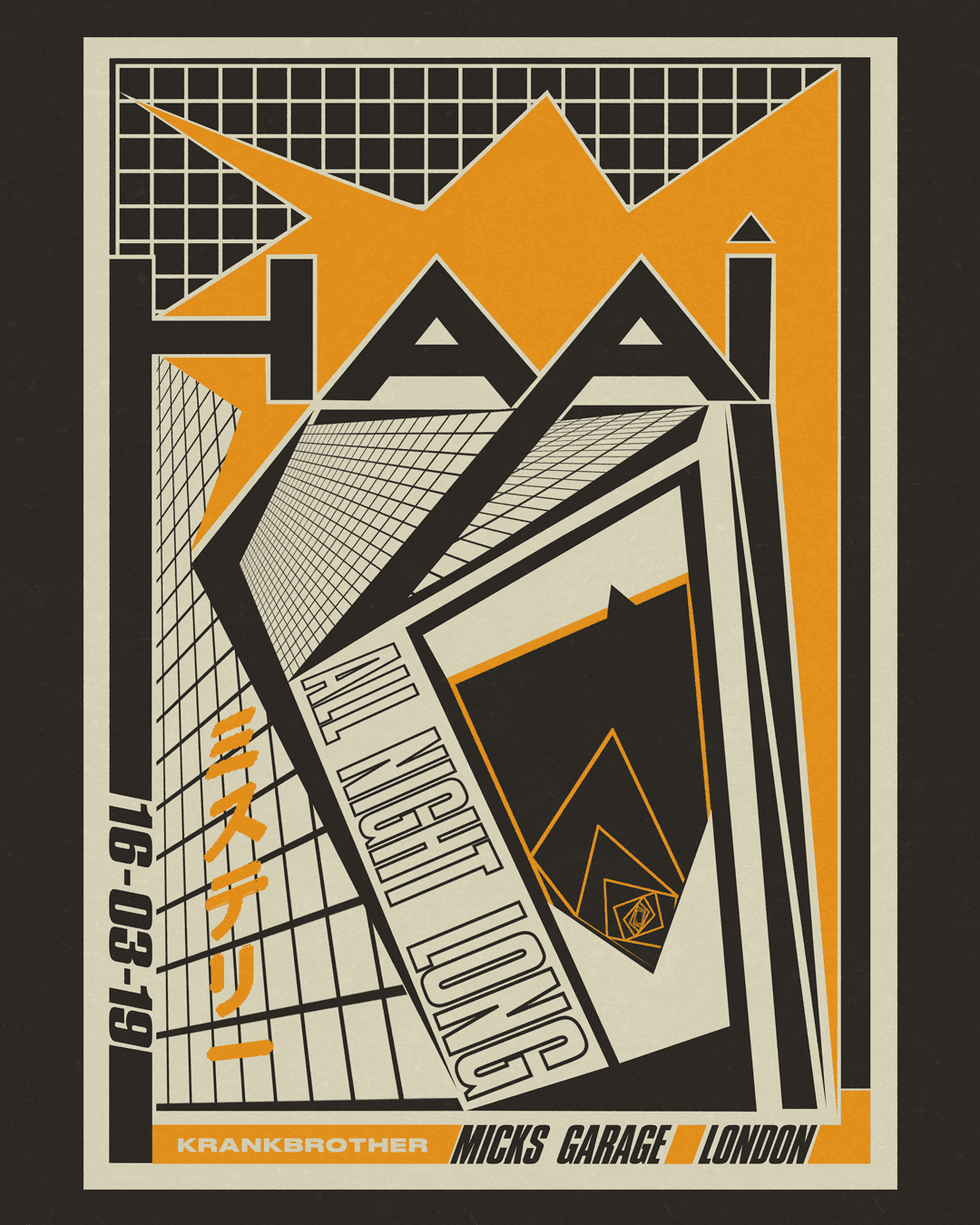 London based, Australia born DJ and producer HAAi has announced her first London headline show since the end of her two year Phonox residency last September.

The show will take place at Mick’s Garage in Hackney on the 16th March, with HAAi playing all night from open until close. “I’m a big fan of long, winding, melon-twisting mixes.  Playing a longer set definitely allows you to become more experimental, it allows you to build real trust and lay down much more interesting trips.”

The show announcement follows HAAi winning the BBC’s Essential Mix of the Year award, an amazing accolade and mark of recognition. Her fellow nominees for 2018’s ‘Most Essential Mix’ included Four Tet, Ricardo Villalobos and Avalon Emerson, whilst the likes of Helena Hauff, Midland, Ben Klock and Caribou have previously claimed the title. She was picked out as the winner by the BBC’s panel of experts, and had her mix re- broadcast on Saturday 29th December.

The award bought a close to a career-defining year for HAAi; she released her critically acclaimed debut EP ‘Motorik Voodoo Bush Doof Musik’, and packed out her international tour schedule including highlights at DGTL Amsterdam, Oasis Festival in Morocco, Nuits Sonores in Lyon and residencies at Pacha in Ibiza and Warehouse Project in Manchester.  More recently HAAi took to Australia and Asia, closing Strawberry Fields in Melbourne and playing Circus in Tokyo, and also supported Jon Hopkins on his European tour.

With HAAi increasingly being recognised as one of the most talented upcoming producers in the UK, this headline all night show will be one not to miss. Tickets are now available via Resident Advisor.