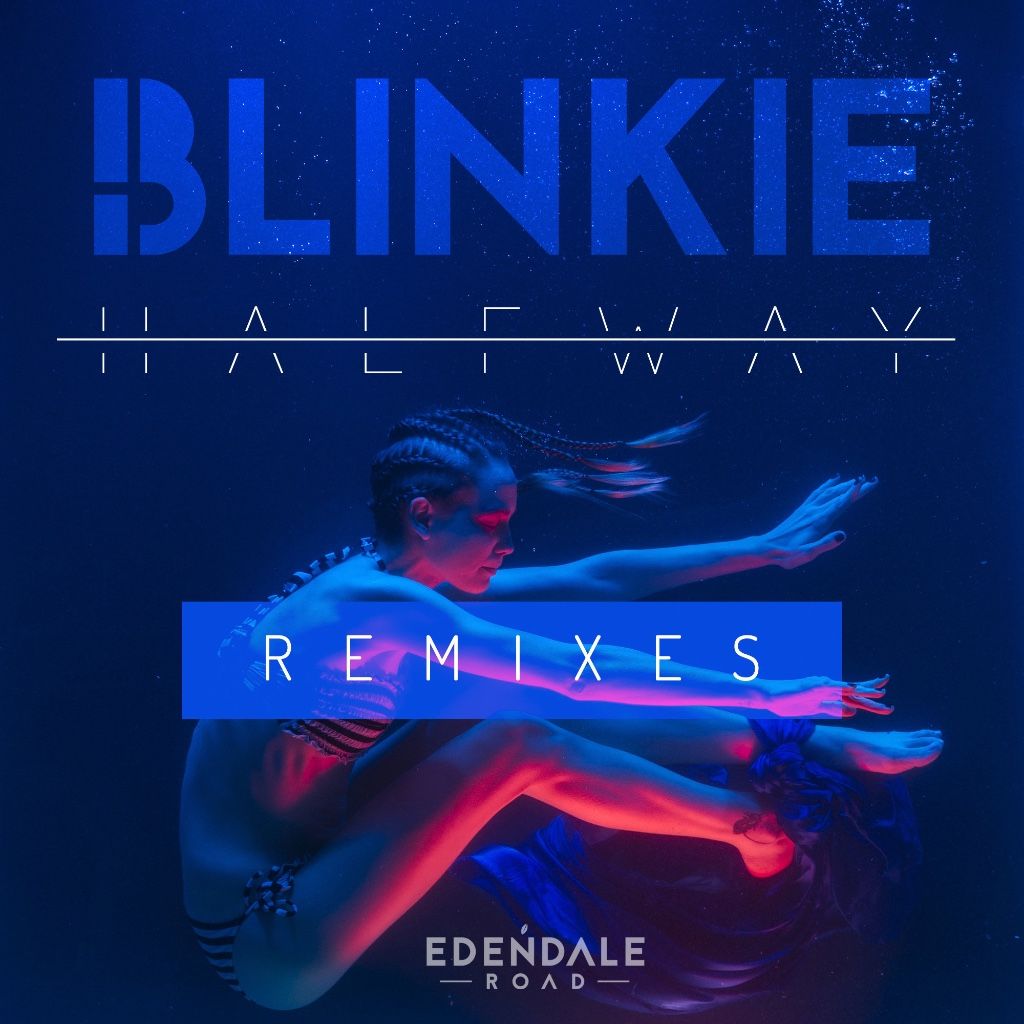 Hot on the heels of the original release, talented DJ/producer Blinkie now returns with the official remix package of his latest single ‘Halfway’, out today via his own Edendale Road imprint. With a healthy variety of sounds, each remix explores the different elements of the original song.

Adding to the anthemic feel of the vocals, James Bluck emphasizes the build up with his punchy version. Hot off his afterparty sets at Tomorrowland this summer, Ben Rainey’s groovier rendition is aimed more at the dancefloor with strong piano melodies that complement the vocal.

Meanwhile, UK trio Dexcell bring their smooth yet energetic DnB interpretation. Dexcell have had previous support from Zane Lowe and DJ Target, with praise from the likes of Loadstar, Friction and Sub Zero. Elsewhere, upcoming duo Distant Light step up with their garage remix, which is sure to be a dancefloor hit following previous releases that have seen support from Kiss and BBC Radio 1Xtra. The remix highlights their UK influences of garage, house and grime.

Renowned for creating euphoric crossover hits, the original track ‘Halfway’ has had strong radio support across BBC Radio 1, 1Xtra and Kiss, having just entered the Music Week Club Chart atNo. 6 and the Music Week Cool Cuts. ‘Halfway’ is laced with a grooving piano melody and dreamy staccato synths, building up to an exhilarating hook that features powerful soaring vocals. The track delivers an uplifting message and is a beautiful blend of pop-infused electronica that cements its place as a surefire summer hit.

Blinkie took the scene by storm with his silver certified hit ‘Don’t Give Up (On Love)’ and garnered support from credible radio tastemakers at the likes of BBC Radio 1, Kiss FM, Capital and Capital Xtra. With a rich portfolio of music under his belt, Blinkie has released official remixes for Major Lazer, Anne Marie and Sigala. Getting ready to take his sound around the world, the dynamic producer will be announcing an exciting string of tour dates throughout the summer.