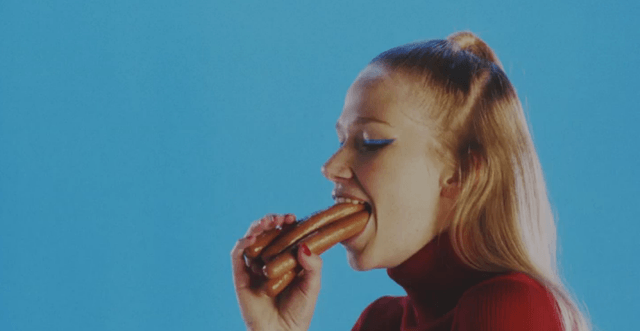 After the phenomenal success of ‘Rhymes’, Hannah Wants and Chris Lorenzo’s dance floor killer now has video accompaniment in the shape of a  retro-styled homage to the 70’s, a provocative tongue-in-cheek visual, directed by London-based Ivana Bobic.

Featuring on Annie Mac’s AMP 2014 compilation and championed by the lady herself, ‘Rhymes’ has fast become one of the biggest club track’s of the year since its release, having garnered over 700,000 plays on Soundcloud in the last month alone.

Over the last three years, Hannah has risen to the centre of a scene that is fast going global. Her faultless high-octane delivery behind the decks has projected Hannah to the forefront of dance music; her live sets are fast gaining Hannah worldwide recognition with summer residencies at Amnesia, Ibiza and headlining slots at some of the worlds biggest dance events.

Both hailing from Birmingham, their recent releases on Dirtybird Records and Food Music have reaffirmed their status among the UK’s leading DJ/producers, with their sleek, garage-flecked, rubbery bassline sound also catching the attention of key players Claude Von Stroke, Eats Everything and Shadow Child.

Chris Lorenzo, one half of revered duo Cause and Affect, is regarded as a godfather of Jackin’ house and also one of the most prolific producers around. As a testament to the global growth of his sound, in 2014 Chris collaborated with Grammy awarding winning Skrillex and played B2B with Steve Aoki at his Aoki’s Playhouse residency at Pacha, Ibiza.