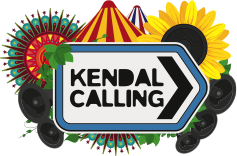 Famed for bringing the best musical acts to the beautiful Lake District and selling out in record-breaking time year upon year, Kendal Calling adds another accolade to its name as popular events and ticketing agent, Skiddle, crowns Kendal Calling as the ‘UK’s Best Small Festival’ as the festival announces the addition of Happy Mondays to the lineup as surprise special guest in partnership with Amazon Music.

This summer, Amazon Music is partnering with three festivals – bluedot, Kendal Calling and Lost Village – to add one extra surprise act to the festival. At Kendal Calling the additional artist will be Happy Mondays, one of Manchester’s most iconic bands.

To enter the free prize draw, to win one of twenty-five pairs of weekend VIP tickets to Kendal Calling visit www.amazon.co.uk/kendalcalling and follow the instructions.

Kendal Calling caters to all with their fan-favourite comedy Soapbox stage, imaginative family areas, immersive and captivating arts lineup at Lost Eden, the tantalising Real Ale Festival and the Garden of Eden detox sanctuary, not to mention bespoke market and food stalls that will appear alongside the huge musical lineup across the weekend.

Set in the wondrous Lake District, which has recently joined the likes of the Grand Canyon and Machu Picchu by being awarded Unesco World Heritage status, Kendal Calling provides the perfect backdrop to unwind as Skiddle’s survey reveals that nearly three quarters of responses saying that smaller festivals are more enjoyable because they are less stressful than their larger counterparts.

“There’s a certain inimitable charm, intimacy and atmosphere at small festivals that make for very special weekends. It’s so lovely to hear that Skiddle users have appreciated the hard work that goes into planning Kendal Calling and have voted it the best small fest in the UK – it takes two to tango though, and from the bottom of our hearts we want to say thank you to the audience that make it so outstanding and such a joy to be involved with.

We’re now camped on site at Lowther Deer Park and it’s pedal to the metal as we prepare the fields for Kendal Calling 2017; we’re all very excited and can’t wait to welcome you all at the gates in just under 3 weeks time!”

“Over the past ten years the number of festivals in the UK has risen dramatically, catering to a huge variety of tastes. As choice increases, it is natural that people are exploring the options on offer and are leaning towards more boutique options.”

Set in the picturesque Lowther Deer Park, one of the UK’s most beautiful festival sites, Kendal Calling will return to the Lake District for an amazing weekend of music, art, comedy, food and drink this July. Despite it being the 12th consecutive sell out for the award winning festival, the capacity will once again stay the same to retain Kendal Calling’s unique atmosphere.

Those lucky enough to have a ticket for this year can find the day splits for this year’s festival here and weekend ticket holders can also pick up a Thursday ticket here. Those wishing to secure their place at 2018’s edition of the festival can sign up for the installment plan and pay just £11.67 per month.