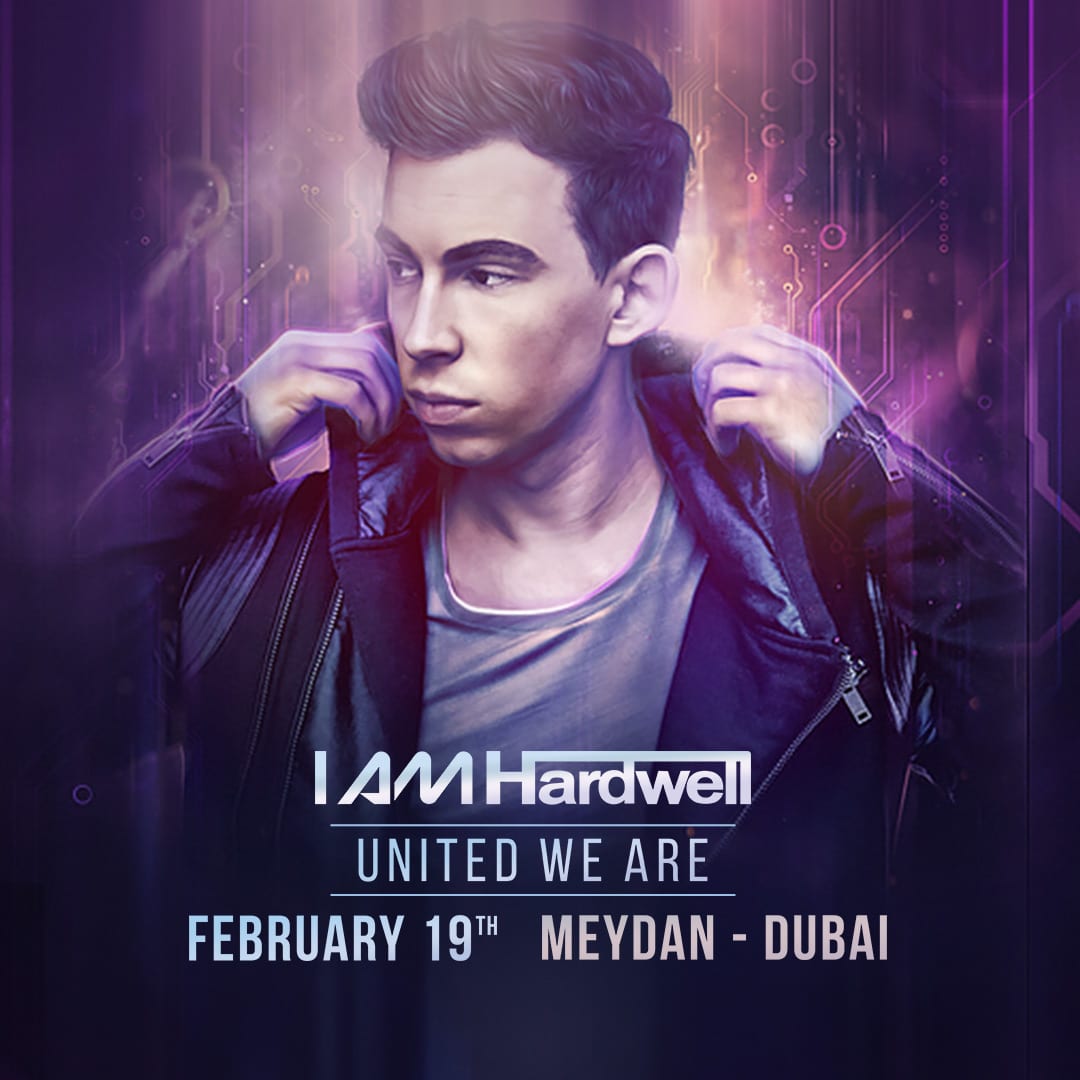 Dutch megastar Hardwell is preparing to touch down in Dubai for the very first time to headline a three-hour exclusive set at Meydan Ampitheatre on Friday, 19th February. As part of his solo mega-hit global ‘I AM Hardwell – United We Are’ tour, the world’s #2 DJ will be pulling out all the stops to ensure a mind-blowing debut show.

Inspired by the Dutchman’s inaugural artist album ‘United We Are’ and his innovative ‘I AM Hardwell’ world tour, which saw the young phenomenon sell out dozens of shows across all four corners of the globe over an almighty 19 month period, the Dubai edition promises to be nothing short of spectacular. Joining Hardwell on the night is an act that has been fast making name for himself as one of Revealed Recordings most exciting new names – fellow Breda-born Kill The Buzz – who will be shaking the grounds of Meydan with his cutting edge big room sound.

Consistently proving themselves to be the industry leader when it comes to EDM productions in the Middle East, it’s no surprise that Envie Events chose one of the leading names in the scene to kick off their first major event of 2016. Taking place at the exclusive Meydan Ampitheatre, which boasts purpose built Deluxe and VIP platforms boasting panoramic views of the Burj Khalifa and breathtaking Dubai skyline, fans can be sure that every aspect of production has been painstakingly thought out to ensure one hell of a party.

Having played Creamfields Abu Dhabi at the latter end of 2014, tickets have already been flying for Hardwell’s return to the Middle East and his first ever show in the party capital of Dubai. Last remaining tickets available here.