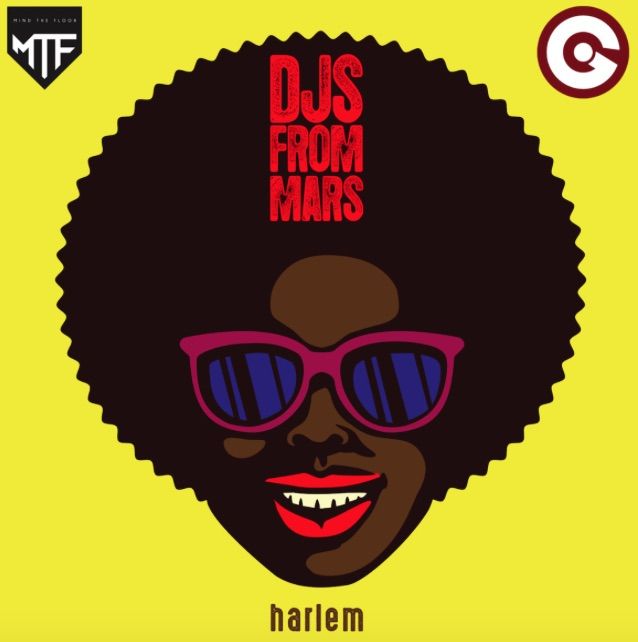 DJs From Mars bring their feel-good vibes to latest track ‘Harlem’ with the vibrant and melodic production out today on Polydor Records.

The Italian duo, known for their energetic mash-ups and heavy electro basslines, lace the track with an upbeat piano-led melody, and euphoric vocals from British singer/songwriter Malika, to give the production an overwhelming feel of positivity. The London-based singer, who lists Destiny’s Child and Lauryn Hill as major influences in her career, is best known for her silky smooth vocals on Snakehips collaboration ‘Falling’ which has so far amassed almost 5 million Spotify streams.

So far supported by the likes of David Guetta, Carl Cox, Laidback Luke and Paul van Dyk, DJs From Mars have established a reputation as one of the most innovative and dynamic production acts in the dance industry. Their recent mash-up mix, ‘The History of Electronic Dance Music’ featured 50 songs in under 5 minutes throughout the chronological history of the genre, and was premiered on Tiësto’s iconic ‘ClubLife’ podcast.

Having collaborated with Manovski, the creative talent who co-wrote and  co-produced  huge  hits  such  as  "Give  Me Your  Love"  by  Sigala  ft  John Newman, DJs From Mars are in more incessant demand than ever before, with an upcoming China tour on the horizon. The box-head duo will also play key dates in Paris, Munich, and Las Vegas before the end of 2017 as part of a hectic live schedule.

The new single by DJs From Mars, ‘Harlem’ displays explosive sounds and addictive breakdowns, and is available from today.