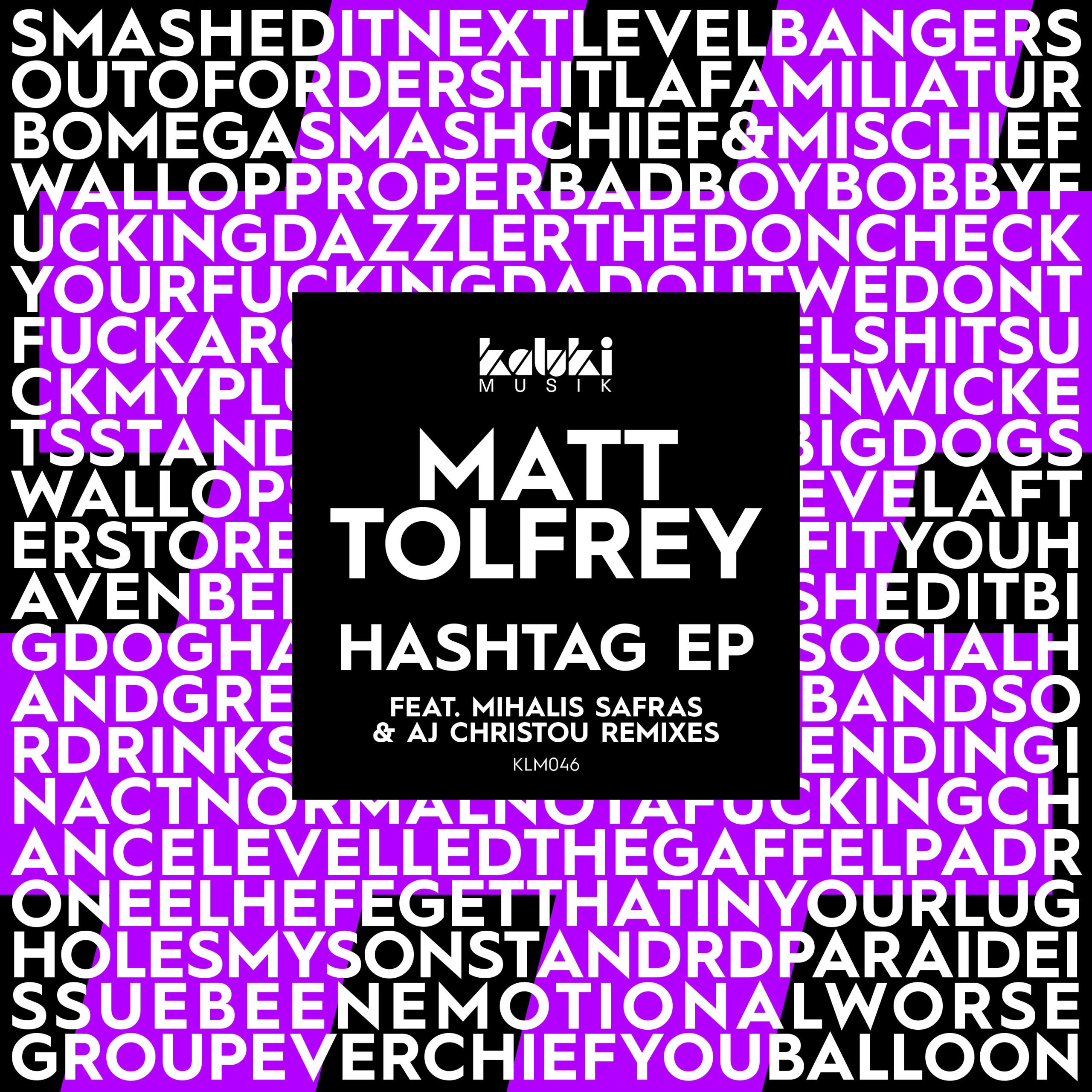 DJ and producer Matt Tolfrey is set to release a four track EP this November via Kaluki Muzik, featuring two original productions and remixes from Mihalis Safras and AJ Christou.

With an impressive back catalogue featuring releases on Elrow, Material, No.19 Music and of course his own Leftroom, Matt Tolfrey has garnered a reputation as an open minded artist with the ability to both read and lead a crowd. After his first remix as a solo act appearing on KLM001 and more recently contributing a remix to Francisco Allendes’ ‘Tirana EP’, Tolfrey returns to Manchester’s Kaluki Musik with his own ‘Hashtag EP’. Remixes come from two highly respected label owners, Greece’s Mihalis Safras, who’s gained notoriety for his work on Material and AJ Christou, well known for helming esteemed imprint Celesta Recordings.