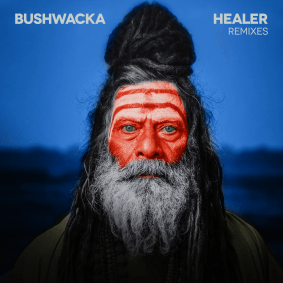 A staple name within house music for over three decades, with renowned residencies at iconic institutions such as The End, Pikes and Sankeys Ibiza, Matthew Benjamin aka Bushwacka! is one of the UK’s finest electronic music exports. Originally released on Oblong Records in 1999, his record ‘Healer’ quickly became one of the genres most well supported and notable anthems, featuring in sets from a who’s who of the industries most respected names whilst being included as part of host of standout compilation CDs – from fabric to Global Underground. Now 20 years on from its initial release, Ultra enlist a heavyweight cast of remixers in the form of legendary talents Carl Cox and Sasha, Get Physical co-founder M.A.N.D.Y. and ever-impressing DJ/producer Denney, whilst also providing a fresh interpretation from Matthew himself.

Carl Cox opens proceedings with authority as menacing low-end tones combine with crisp hats and warped vocals throughout his tempo raising remix before handing control back to Bushwacka! as he reveals his drum-driven melodic workout. Next, rich chords and resonant melodies float amongst M.A.N.D.Y.’s bubbling remix, whilst Sasha takes the production to more hypnotic heights as swirling synths and pulsating bass patterns take charge. Lastly, slick organic percussion loops and evolving lead melodies throughout Denney’s stripped back interpretation to conclude the package in style.