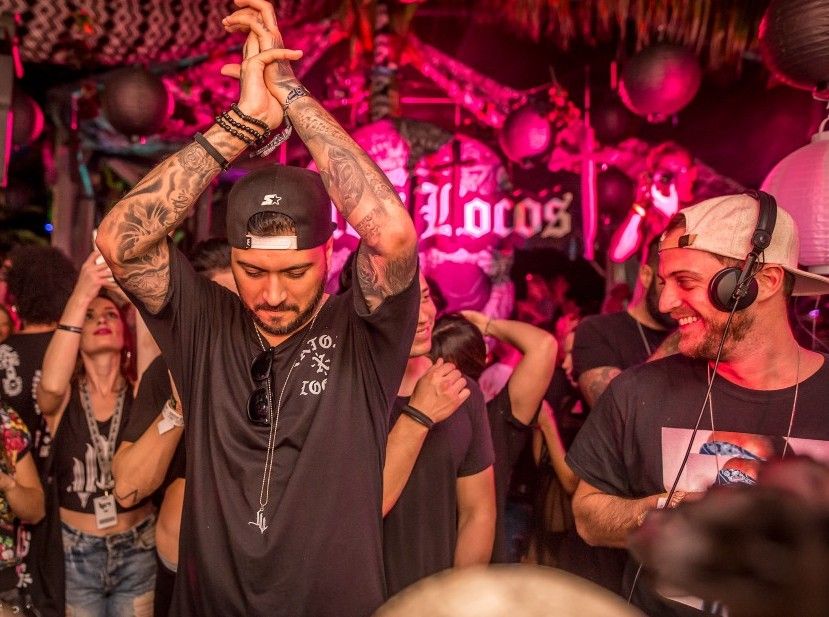 Hector and his Vatos Locos crew are set to dominate three of the islands hot spots across six dates this summer starting 31st July at Benimussa Park.

Hector has announced that he and his Vatos Locos crew will occupy Ibiza for a third season, set to dominate the island’s outdoor hotspots in what’ll be their biggest summer to date.

Demand for Vatos Locos in Ibiza has been gaining strength ever since Hector’s birthday celebration at Underground in 2016 with a residency following the year later. This summer they’re gearing up for some alfresco heat at Playa d’en Bossa’s El Patio and the iconic Benimussa Park. The crew know a thing or two about dismantling outdoor dancefloors since hosting their first party on Mexico’s Playa Del Carmen beach during the BPM Festival, so it’s about time Vatos Locos brought those open-air vibes to Ibiza.

Island favourite Benimussa Park will open its gates to Hector for his largest venue undertaking yet, across two dates in July and August, joined by staple VL members David Gtronic, Chad Andrew and Jamie Lie A Kwie, Randall M and Mahony.

El Patio will welcome Hector’s family in August, and once again for an unmissable September date that’ll see Hector tying in that quintessential VL experience with his first outdoor birthday bash on the island. While line-ups are still to be announced, there are special guest in store, so stay tuned.

Vatos Locos, a name that translates to “the crazy ones”, couldn’t be more suited to the hallowed shores of Ibiza – an island that attracts the most fervent of music lovers. With Hector championing cutting-edge artists who share the same principles of putting the music and vibe first whilst leaving egos at the door, VL parties are custom built for avid partygoers who’re on that dancefloor for the right reasons.

Elsewhere, Hector goes in solo with an appearance at Hï Ibiza under Black Coffee’s banner, a showdown at Privilege with the Resistance team and if you missed his birthday bash at El Patio, he returns to where it all began with a second celebration at Underground.