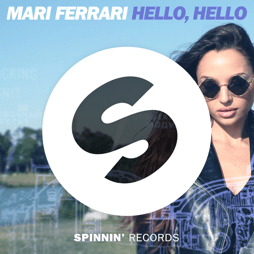 Mari Ferrari sets personify her unwavering passion for electronic music. Starting her career back in 2010, Mari’s touring schedule has taken her to many of the world’s premier clubs and festivals, demonstrating her global reach as an artist at the peak of her powers. Mari’s personal goal has always been to bring a “stylish prowess to the dancefloor through music”, a mantra she lives and breathes each day and which had led Mari to capture the minds and bodies of likeminded music fans all over the world.

After several years of applying her knowledge as a DJ into understanding music production, Mari took her first steps as a producer when she released her debut single ‘Reach Out’ in 2011 on Gramma Records. ‘Reach Out’ received strong support from the DJ community and put Mari’s name amongst the playlist of many of her peers. Her next release was released on Dutch imprint Bitten Records and saw Mari team up for a jackin’ deep house release that left many on the dancefloor locked into the groove. 2012 saw Mari releasing her stirring guitar-led summer anthem ‘We Are Young’ with Deepside Deejays. She then followed up with ‘I Wanna Make It’ joining forces with Italian starlet Dhany (of Benassi Bros fame). Mari signed her next single ‘Stiff’in 2014 to the empowering EDM Global Dance Records.

After a two-year hiatus from the studio, due to a demanding touring schedule, Mari returned to her production projects at the beginning of 2016. Her new single ‘Hello Hello’ is an emotive vocal song that touches the heart. Signed to the renowned Dutch label Spinnin’ Records, ‘Hello Hello’ is a promising single that, equipped with its boundless outer space music video, has all the potential to put Mari’s music into its own stratospheric dimension.