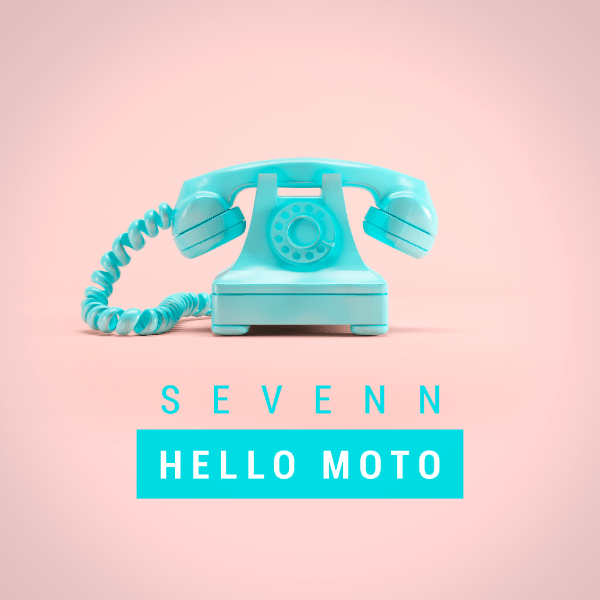 Another high energy banger from the duo, ‘Hello Moto’ is an irreverent, infectious dance floor bomb, throwing retro 80s gaming samples and the eponymous ‘Hello Moto’ ad tag up against wobbling trap basslines and a dreamy vocal that adds a twist to proceedings.

The last two years have witnessed a stratospheric rise from brothers Sean and Kevin Brauer. Their ALOK collaboration ‘BYOB’ catapulted them onto charts and playlists around the world, racking up 19 million streams on Spotify and 25 million on SoundCloud. Their follow up single ‘BOOM’ with Tiesto went even further, debuting on Ultra Music Festival Miami’s main stage and hitting 40 million streams on Spotify. Re-released in February of this year with Gucci Mane on vocals, the track is still sitting pretty inside the Billboard Hot Dance/Electronic Top 20.

With a debut live performance at none other than Tomorrowland in 2017 – where they’ll be returning this year for more of the same – it’s clear Sevenn are carving themselves a reputation as one of the most exciting new acts to break through from the highly competitive US music scene.

Sevenn ‘Hello Moto’ is available to stream and download worldwide. For more information on Sevenn, including new releases and tour dates, visit www.facebook.com/sevennofficial.