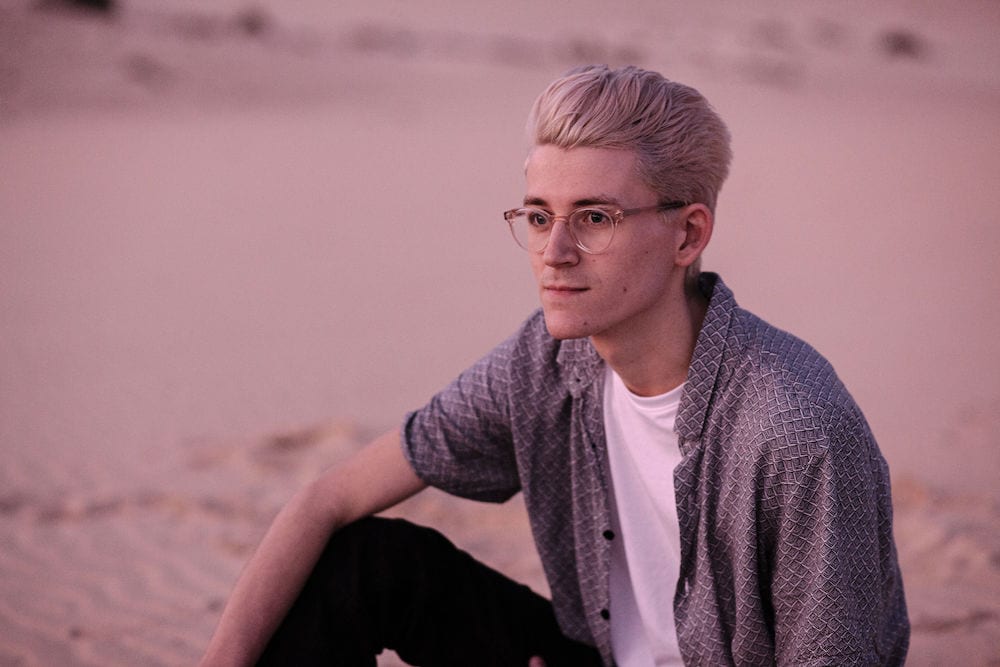 Having released a string of stunning ambient indietronica throughout 2020, including ‘Realign’, ‘Fabric’, ‘Tide’, and more recently ‘All’, today, Bristol based musician Henry Green releases his highly anticipated sophomore album ‘Half Light’ on Akira Records. Written, produced, and sung by Green himself, the album is delicately balanced throughout, whilst featuring some standout performances from UK singer-songwriter Andreya Triana and Canadian artist Ghostly Kisses.

The 9 track LP penned over the course of five months is a beautifully intimate, and honest telling of Green’s own vulnerabilities, and how he has faced those challenges head on, sharing “the album was the result of struggle; ongoing issues with self confidence and self expression, and a feeling that I was incapable of making the music I was imagining. Ultimately, ‘Half Light’ feels like a collection of songs that needed to happen, an obstacle that needed to be overcome.”

Having left Bristol in early 2019 to settle down in a sleepy Wiltshire village, the electronic artist and producer wrote and recorded the album in his attic studio in six months. Reflecting on the experience today, the 24-year-old cites the decision to take on all production duties himself as just one of many causes of stress. “I’ve always produced my own stuff to some extent, but I took it too far the other way. And when you spend so much time on your own and have these two conflicting sides in your head, it’s just a constant battle. And then you have these sobering moments when you realise that people are actually listening to your music…”

In some respects, Green was justified in being intimidated by the weight of expectation. Following the successes of his EPs Slow (2015) and Real (2017), and his debut album Shift (2018), he’s racked up more than 90 million collective streams across platforms, and has won the respect of his peers, including former tour-mates London Grammar and Nick Mulvey, and recent remixers Cyril Hahn and Harvey Causon. And yet, their faith is ultimately repaid with ‘Half Light’, a record that finds Green harnessing that initial crisis of confidence to create music that’s both emotionally honest and breaks new ground.

“A lot of the songs are about that struggle to express,” he explains. “Coming into the record I wanted to make something that was a separation from myself, and didn’t feel like such a window into my feelings. But because of my feelings throughout the process I think these are the most honest songs I’ve ever written.”

While tonally intimate, many of the arrangements on ‘Half Light’ are more expansive than anything Green has attempted previously. “I’m always trying to counteract live instruments with something completely synthetic,” Green says of the process. “I like the idea of having something recognisable at the heart of a track, and then everything around it can be ear candy, mangled or manipulated. But at the heart of every track there needs to be something that the listener can identify with.”

Named after the Japanese idiom which describes the calm before a momentous event, “Yoyuu” blossoms out of transcendent strings and reflects the space of Green’s new, bucolic surroundings. Meanwhile, the fluttering percussion and shimmering synth textures of cinematic lead single “Realign” brings to mind the work of Christian Löffler or Bonobo, both of whom remain key influences in terms of production, alongside long-time vocal reference points RY X and Mike Milosh of Rhye.

For “Tide“, Green secured a guest turn from another one of his singing heroes, Bonobo and Flying Lotus-collaborator Andreya Triana, while “Idle” features Canadian artist Ghostly Kisses, his label mate at Akira. Alongside strings and a saxophone player, these were the only outside contributors, bar mixing engineer Tristan Hoogland.

With trademark self-deprecation, Green still very much regards ‘Half Light’ as a document of his learning process, and that’s ultimately reflected in the choice of title. “I almost wanted to hint that this album is a transitional thing,” he explains. “The half light is a lyric in the first verse I wrote for the album, and I love that idea that you’re not fully standing in the sunlight. You’re not yourself and you’re slightly in the dark in your mind, but you know that you still have something to give… So the overriding feeling that I hope people get from [Half Light] is that it’s a defiant record.”

Henry Green’s sophomore album ‘Half Light’ is out now on Akira Records. 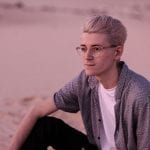