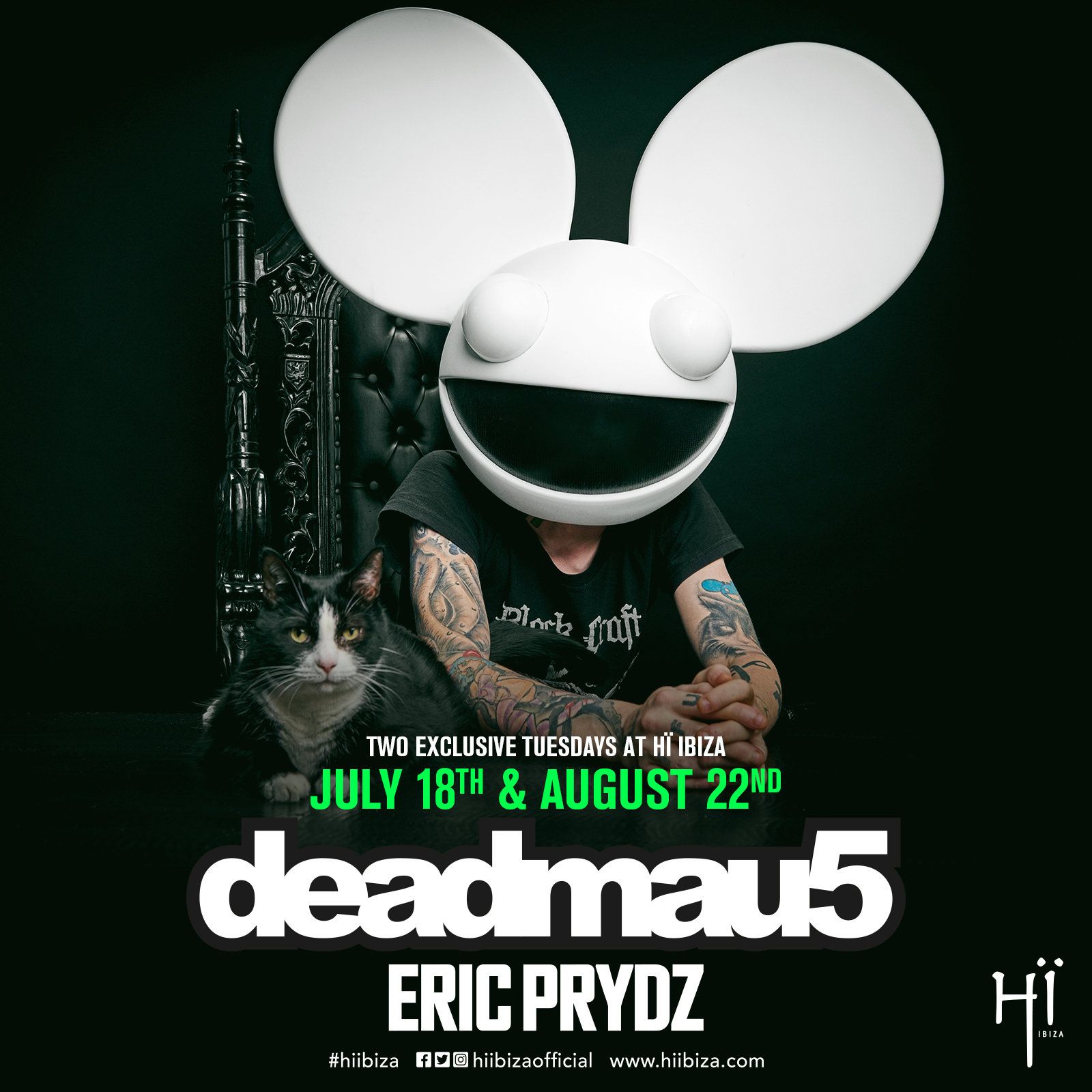 These will be the only two dates deadmau5 will perform on the White Isle this summer!

This summer Ibiza enters an exciting new chapter with the much-anticipated launch of Hï Ibiza, the brand new club by Ushuaïa Entertainment. The club formerly known as Space will be elevated to new heights, with a fresh new look and the most advanced sound and technologies on the island. From May through September Hï Ibiza will play host to the finest selectors from the global electronic music scene, including Canadian superstar deadmau5, who will join Eric Prydz at his debut Ibiza residency for two exclusive dates this summer.

Few acts in electronic music compare to six-time GRAMMY-Award nominee deadmau5, aka Joel Zimmerman, whose epic sounds, incredible live performances and iconic mouse head have made him a household name in dance music and well beyond since exploding onto the international scene nearly a decade ago.

Despite his massive popularity, with continuous headline performances at the biggest festivals the world, Zimmerman remains somewhat of a rarity on the White Isle, playing only a few select shows there in recent years. Though it’s hardly surprising that Eric Prydz now heralds his return for the first time since 2014. Prydz’s big room progressive and techno sounds and love for technically captivating and visually immersive performances closely mirror Zimmerman’s in the best possible ways. Both even manage to populus masses alike. mesmerize fans across the dance music spectrum, from underground connoisseurs to

Zimmerman’s shows with Prydz at Hï will be his only dates in Ibiza this summer, playing in the Main Room on 18th July and 22nd August.

With Hï Ibiza offering the Prydz team a blank canvas to work their magic, they will be debuting a bespoke production built specifically built for the residency, creating a unique stage for Eric to present his inimitable blend of house and techno across his Pryda and Cirez D, aliases. The Prydz residency will bring a singular visual and audio experience to the Ibiza season, with Prydz curating the lineup for each party. In addition to deadmau5, guest acts lined up for the summer include Matthew Dear, Kölsch, Pig & Dan, Agoria, Catz 'N Dogz, Tube & Berger, Dusky and more.

Tickets for these exclusive shows won’t last long, so book them now at www.hiibiza.com.