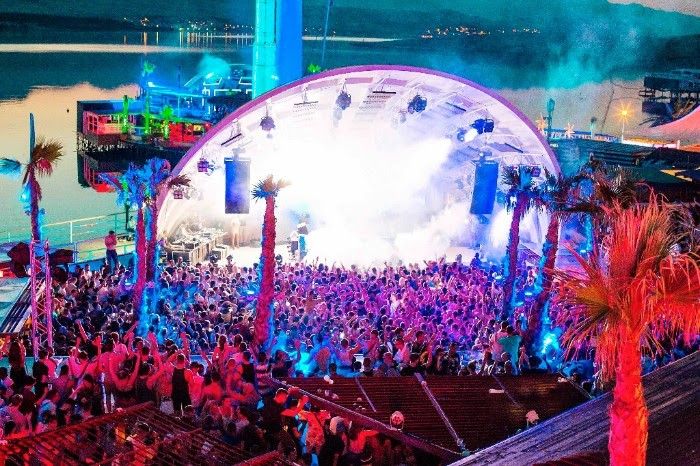 After a monumental 5th anniversary celebration this year, Croatia’s Hideout Festival returns in 2016 with a slew of the best established and up and coming acts, across the full spectrum of electronic music. Once again the Island of Pag plays host to the most cutting edge of festivals with grime pioneer Skepta headlining, alongside UKG legend DJ EZ, house stalwart Hannah Wants and breakthrough producers Gorgon City. The inimitable David Rodigan MBE makes a welcome return to Hideout as does BBC Radio 1’s Monki and digital soundboy Shy FX, with a host of new acts joining them on the line up. Making their Zrce Beach debut in 2016 will be Stormzy, Preditah, Kurupt FM, My Nu Leng, DJ Hype and many more still to be announced. The festival will also be unveiling a  brand new stage to make room for yet more eclectic and diverse artists. Hosted by the unique and uninhibited Elrow, the new platform ‘Noa’ is situated right at the end of the beach, with the dance floor reaching out into the sea. Registered ticket holders are able to purchase tickets from today via the Hideout Festival website and general tickets will be available from 10am on Wednesday 5th November for £139 + BF.

With Hideout having already cemented itself as the definitive European dance music destination thanks to a previous 5 sell-out years, 2016 will see the festival continue to raise its game with artists spanning the full spectrum of electronic music and surprise new additions.

Hideout’s ethos of bringing electronically diverse acts together will come into its own this year, thanks to a roster ranging from the legendary to the up and coming, all set against the beautiful Island of Pag.

This year, Hideout announce their partnership with Barcelona’s legendary Elrow, as they take over the latest venue addition ‘Noa’. Hideout also promises more new offerings for 2016 with exciting plans to vamp up the food, drink, travel and retail elements of the experience too.

Set on Croatia’s idyllic Zrce beach Hideout is the number one festival destination for music lovers and adventure lovers alike,  whether it be catching cutting-edge sounds at one of the six beach facing venues, relaxing on the picturesque Island of Pag, or taking in the astounding views whilst aboard one of the infamous boat parties.

Hideout will also be offering a dedicated travel platform to make it even easier for fans to book safely, securely and direct from the festival site itself. Transfers and coach trips will also be available at great value money via the site, making it the cheapest and most reliable way to plan the Hideout experience.

A firm favourite with electronic music revellers and adventurers alike, 2016 will see Hideout push all boundaries to become the highlight of the festival calendar.