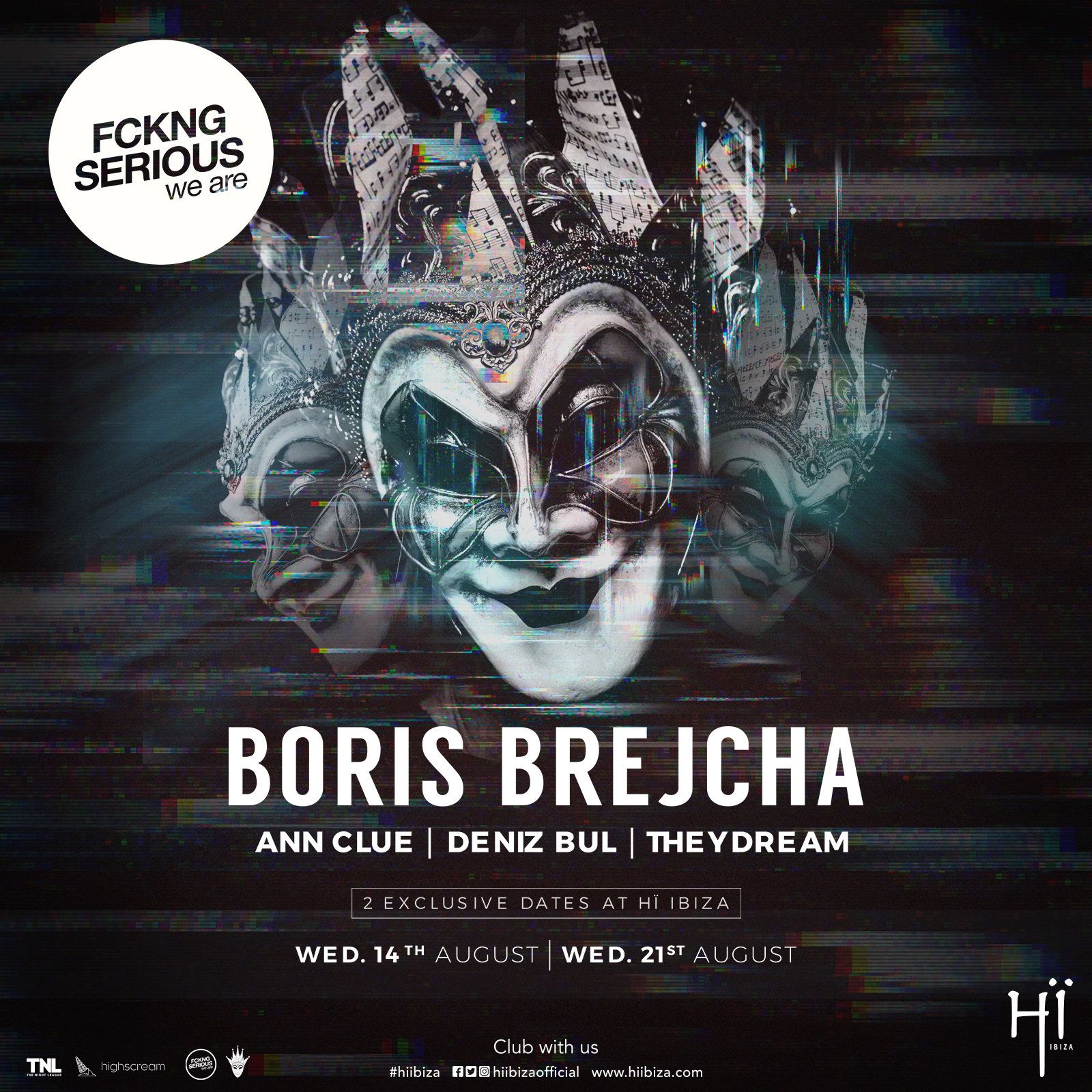 The award-winning Ibiza super club Hï Ibiza today announces that German high-tech minimal don, Boris Brejcha is confirmed to play two unmissable shows at the club this summer, on Wednesday 14 August and Wednesday 21 August 2019. He will also be supported by a host of guests from his own label ‘Fckng Serious’ to help get the party started including Ann Clue, Deniz Bul and Theydream.

Boris Brejcha is a force to be reckoned with and has fast become one of the most exciting artists in electronic music, create a whole new genre ‘‘hi-tech minimal’ to describe his unique sound. His satisfying collision of ambient and experimental electronic music with shades of electro, breakbeat and IDM weaved in has been praised by fans all over the world and has made him one of the most prolific producers of our time. With a busy summer appearing at some of the world’s most talked about international music events including Tomorrowland in Belgium, Time Warp in Germany and Exit festival in Serbia, as well as promoting a new album which will be released later this year on Ultra, his two-night appearance at Hï Ibiza is not to be missed.

Whilst Boris and his support acts will take care of the Theatre Wednesday night residents Sunnery James and Ryan Marciano will lead the charge in the Club (room 2), playing their own brand of body-rocking house.

With just two opportunities to see Boris Brejcha in action, book early to avoid disappointment. Tickets are on sale now available at hiibiza.com.

Since opening its doors for the very first time in 2017, Hï Ibiza has played host to many of the biggest names on the electronic music scene, welcoming thousands of party revellers from all around the world, all eager to experience the island’s latest nightlife institution. With world-class residents, state-of-the-art design and sound and a commitment to putting the clubber at the centre of the experience, the groundbreaking club has proved itself a force to be reckoned with.