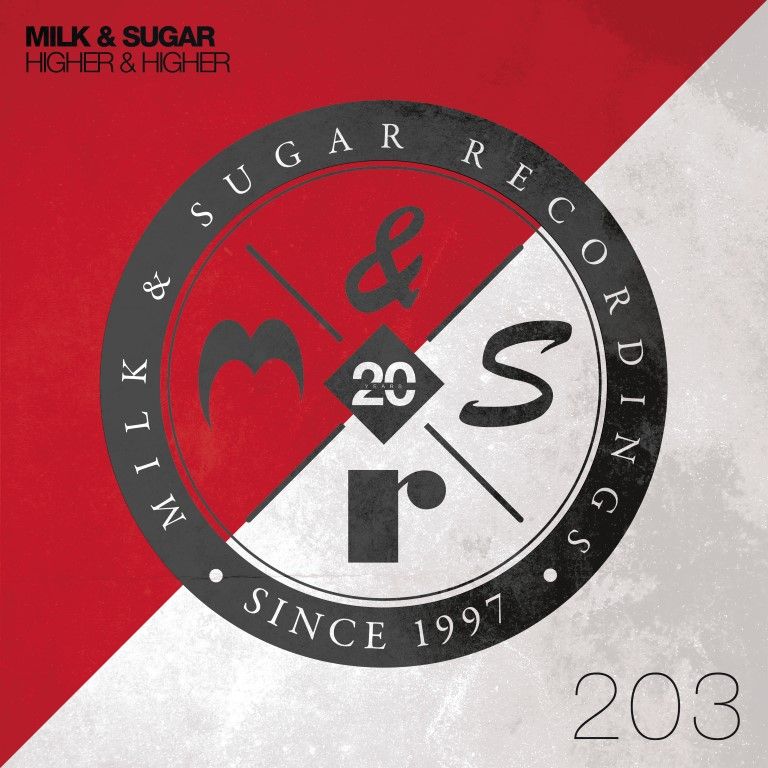 This year the iconic house duo Milk & Sugar celebrate their 20th anniversary, and can now confirm their first release of 2017 – a reworking of their classic 1999 anthem ‘Higher & Higher’ out 17 February.

‘Higher & Higher’ was an international-breakthrough-hit for the duo on original release. Now it’s back with some killer new mixes from Teenage Mutants (Stil Vor Talent, Off Recordings, Kittball Records, Suara Music,) Berlin-based duo Robosonic and Milk &Sugar themselves, along with a re-mastered re-edit of the 1999 remix from New York house legend David Morales.

Milk & Sugar are Mike K and Steven Harding, celebrating 20 years of creating some of the world’s most innovative house music. A catalogue that includes global hits like their all-time classic ‘Let The Sun Shine,’ that reached No.1 in the US-Billboard Dance and Airplay charts. ‘Higher & Higher’ marks the start of the celebrations, which will culminate with a 20th Anniversary album – coming this summer. It will be a collection of brand new songs sitting alongside fresh interpretations of some of their greatest tracks.

“We can’t believe we’ve been doing this for 20 years. It only feels like we started yesterday.” says the duo. “It’s going to be a big year for us, with some very special releases and what better way to start than ‘Higher & Higher’, which is what started everything for us.”

Remixes from Robosonic and Teenage Mutants are available from 24 February.

Stay tuned for more information on the 20th Anniversary album.