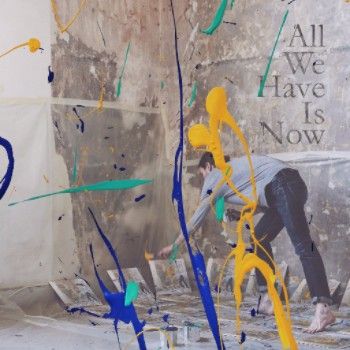 Swedish electronica band Highly Sedated have announced the release of their debut album, ‘All We Have Is Now’. To celebrate the announcement, they have revealed the first single from their LP titled,‘Highly Sedated’. The track is out today and the album is due for release on 28th July via Steve Angello’sSIZE Records.

Built around a male vocal, ‘Highly Sedated’ begins with airy chords and a driving bassline. The track quickly escalates into a plethora of full-bodied synth patterns. ‘Highly Sedated’ is a solid display of the band’s production abilities, as well as giving listeners a first taste of the forthcoming album.

‘All We Have Is Now’ will be comprised of 12 tracks, which embody their eclectic taste and genre-bending style. The album will contain a slate of brand new material, alongside their previous singles, ‘Got Some Water’, ‘Make Love’ and ‘Last Call’.

‘Last Call’ has gone on to receive a wealth of support, since its release earlier this year. The track was also a firm fixture on Steve Angello’s R1 Residency on BBC Radio 1.

Amidst their busy schedule, Highly Sedated will be taking to the stage in Vilnius, Lithuania on 21st July, to celebrate Midsummer. The group will perform their tracks with the Lithuanian Chamber Orchestra, conducted by Modesto Pitrėno.

‘All We Have Is Now’ not only serves as a celebration of their finely-tuned production abilities, but also showcases the evolution of their sound so far. Set to add to the band’s success, Highly Sedated’s latest body of work feels like the perfect soundtrack to their exciting summer ahead.

‘All We Have Is Now’ Full Tracklist