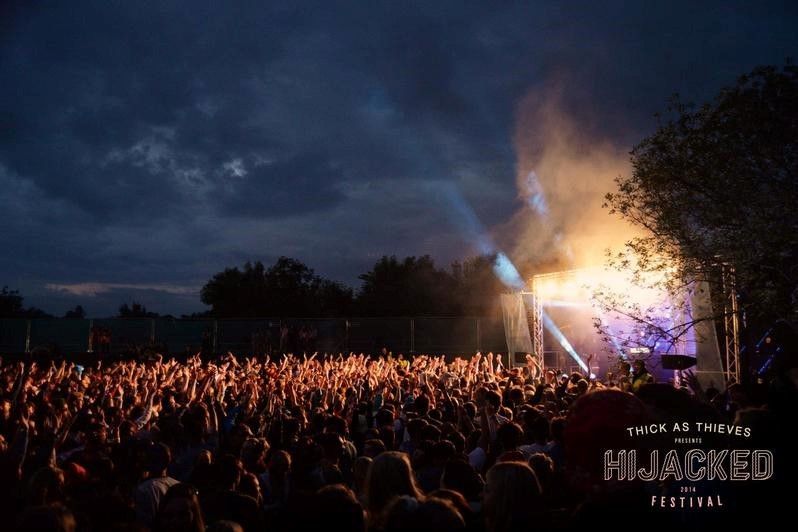 This summer, inner-city one-day music and culture event Hijacked Festival 2015 conquers Oxford and returns to Exeter, pulling no punches in its determination to make a difference in 2015.

Back for its sophomore year, Hijacked Festival – the nomadic electronic music and creativity-embracing experience that ‘hijacks’ idyllic urban locations – is growing, taking on Oxford for the first time on Friday May 22nd, before heading back to Exeter on Saturday May 30th. And, with two stunning venues and full-on party lineups still to be announced, Hijacked Festival 2015 is going to make an impact.

Hijacked Festival is the result of four friends’ desire to do something better. Frustrated by the lacklustre nightlife in Exeter, where electronic music was barely even catered for, Harry Horsfall, Will Millner, Laurence Mulchrone and Freddie Sparrow realised they could do better. Of the last three years, their Thick As Thieves events have helped transform the Exeter nightlife, bringing a taste of the underground to the most atmospheric venues in the city.

Last year, buoyed by their success, the Thieves embarked on an even more ambitious feat, presenting an intimate daytime party in a picturesque inner-city location where electronic music takes the focus – a hijack. The first Hijacked Festival event was a triumph, selling out, hosting Gorgon City, Bondax, Oneman, Karma Kid, Blonde and more, and 2015 is set to be even bigger.