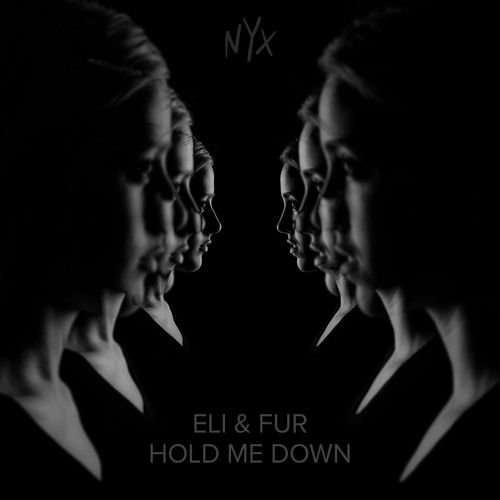 Celebrated production duo Eli & Fur return with their third solo release of 2016. ‘Hold Me Down’ will be released via Beatport on the pair’s own label on the 2nd December, followed by release on all platforms on the 16th December.

‘Hold Me Down’ is a grooving track featuring a strong bassline, atmospheric whispered vocal samples and echoing synths. Channelling the duo’s signature subtle downbeat yet danceable aesthetic, it’s a track perfectly suited to the clubs and festivals that Eli & Fur have played this year and has already been championed by other high-profile artists including Maya Jane Coles, Hot Since 82 and Nic Fanciulli.

The release comes just ahead of a busy end of year touring period for Eli & Fur; playing the Warehouse Project in Manchester and Electric Brixton in London on release day, the pair will go on to travel to Bologna, Berlin, India’s Sunburn Festivals as well as Goa & Bali before the end of December. Moving into 2017, they will be focusing more on production, having recently been offered the resident studio at London’s Red Bull Studios, they plan to use this time to invite some of the world’s most exciting writers and producers to work with them on their debut album, planned for release at the end of 2017.

Eli & Fur have enjoyed a rapid ascent since they first appeared on the scene back in 2012. A steady stream of releases on labels like Defected, Anjunadeep and their own imprint NYX has helped to gain them support from Pete Tong, as well as accolades from the likes of Beatport, DJ Mag and the IDMAs. This year saw successful collaborations with Erick Morillo, Forrest and TÂCHES, as well as tour dates taking in BPM Mexico, Miami Music Week, Carl Cox & Friends, Coachella, Circo Loco LA and Ushuaia Ibiza.