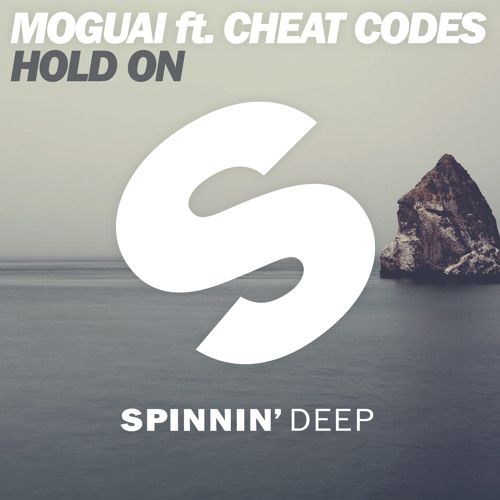 Following the release of his latest record in the UK via Positiva, Moguai presents the remixes for his electric new single ‘Hold On’ ft. LA-based trio Cheat Codes.

With the original continuing to climb the UK Shazam chart rapidly after amassing well over 8 million streams online, as well as earning support from some of dance music’s most influential DJs in Dimitri Vegas & Like Mike, Nicky Romero and Michael Calfan, Moguai’s ‘Hold On’ is a soulful, glistening slice of deep house. Bound together by a yearning, heartfelt vocal, the track marries both acoustic and electronic elements to mesmeric effect, ensuring that it finds its place in 2016 as an essential crossover dance record.

Stepping up for remix duties are Alex Schulz, Siege, Stefan Rio and Vijay & Sofia – all of which have transformed the record in their own right. Worldwide master Alex Schulz bares the track of its original qualities, centering his remix around his signature chilled, melodic house sound, with the injection of energy throughout the Siege remix a complete contrast to this. Newcomer Stefan Rio transforms the release with his anthemic rework, translating the record for the club, whilst Belgium beat makers Vijay & Sofia polish off the remix package with their club set smash.

With the official video to ‘Hold On’ also recently unveiled, as well as remixes from Alex Schulz, Siege, Stefan Rio, and Vijay & Sofia, the buzz surrounding Moguai and this latest single is sure to continue long into the coming months.

Having released two studio albums (‘We Ar Lyve’ in 2010 and ‘Mpire’ in 2012) via deadmau5’s influential mau5trap label, Moguai’s sound has also taken on pop form during his distinguished career. Two of his singles (‘U Know Y’ & ‘Get On’) were reworked into what would go onto become revered Sugababes single, ‘In the Middle’, and Girls Aloud’s ‘Something Kinda Ooh’ – both records that lend themselves to the elasticity of Moguai’s production work.