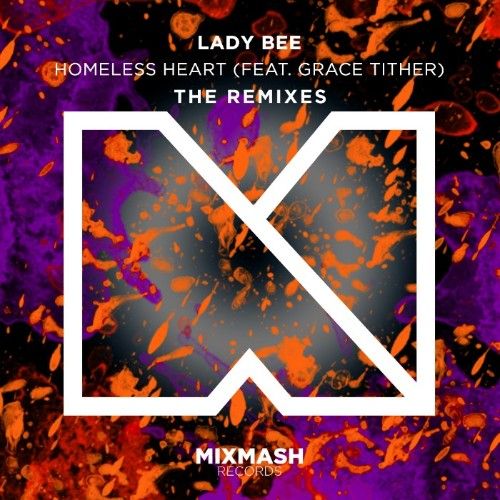 Fresh from her busy European summer tour, Lady Bee continues to make her mark on Laidback Luke’s Mixmash imprint, with a serving of infectious remixes of her track ‘Homeless Heart’ feat. Grace Tither, forthcoming on 5th September 2016. The musical capabilities of Shelco Garcia & TEENWOLF, Pyrodox, Tank & Cheetah, Hasse De Moore and Wonderface feature on the 5-track EP and is set to take ‘Homeless Heart’ to the next level.

Kicking off the EP, Shelco Garcia & TEENWOLF release an upbeat remix for ‘Homeless Heart’. The duo are known to push EDM to new limits, receiving support and interest from Laidback Luke, the originally individual producers became one with their debut ‘Holy Shit’ EP released on the Mixmash imprint. Other successful collaborations include, Major Lazer, Will.I.Am and Miley Cyrus and their most recent EP ‘House Party’ reached No.19 in the Top 100 Beatport charts. For their ‘Homeless Heart’ rework, the duo push the track to new intensities, with a hard-hitting electro bassline.

With a hit remix of MNEK and Zara Larsson’s ‘Never Forget You’ already under his belt, it’s certain Pyrodox’s ‘Homeless Heart’ rework will exceed expectations. The remix demonstrates Pyrodox’s take on the track, infusing it with his own style of trap and house. Elsewhere, Tank & Cheetah also put their own bouncy spin on the new single. The Amsterdam based South African DJs have recently joined the Mixmash family, their style oozes melodic and soulful house grooves which definitely shines through in their remix of ‘Homeless Heart’.

Adding to the list, Hasse De Moor remixes the track to its entirety. His sound is dominated by fiery percussion and laser like synths making it perfect for big room clubs and gets huge support from Skrillex and Knife Party. His ‘Homeless Heart’ remix definitely showcases his sound, relentless and the perfect club anthem. Wonderface however, slow it right down merging in deep, catchy synths to produce a distinct sound on the track, drawing the remix EP to a close.