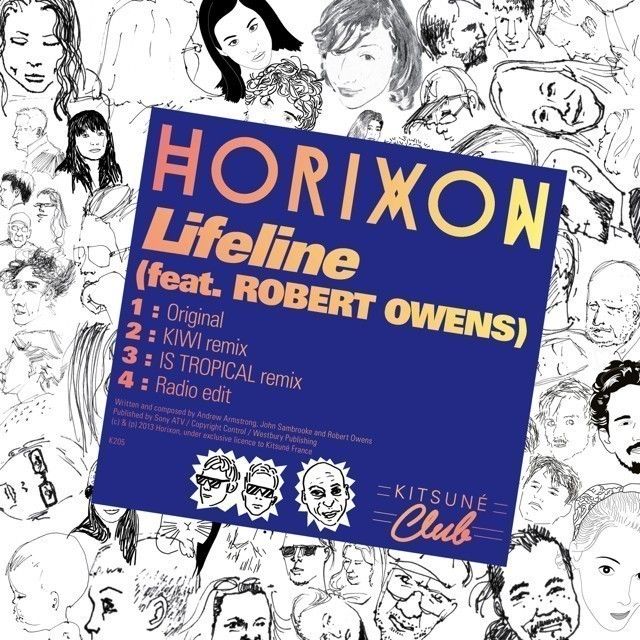 Andrew Armstrong on the one hand is the producer half of the band Monarchy, and under that name has DJed across the world, remixed the likes of OMD, Jamiroquai, S’Xpress, Kelis, Kylie and many more, as well as playing live at festivals such as Coachella, Bestival, LoveBox, Melt, and headline shows. John Sambrooke on the other hand is more of a background producer/engineer in London, working behind the scenes assisting on a number of projects.

The two of them started Horixon on a whim, deciding to spend Wednesday afternoons, in the studio making something a bit clubby. The first track they did together needed a vocal, so they asked Chicago house legend Robert Owens to do the honours. The fit was perfect, updating his delivery to something modern, as well as keeping it classic and referencing strongly the sound of early house. The dance floor gem “Lifeline” was born.

For this debut, the band is joined by two great remixers: south London based producer Kiwi and Kitsuné’s protégés Is Tropical. In addition to this exciting release which everyone is anxious to discover, “Lifeline” is also one of the standout tracks on the forthcoming Kitsuné Maison 15 Compilation.