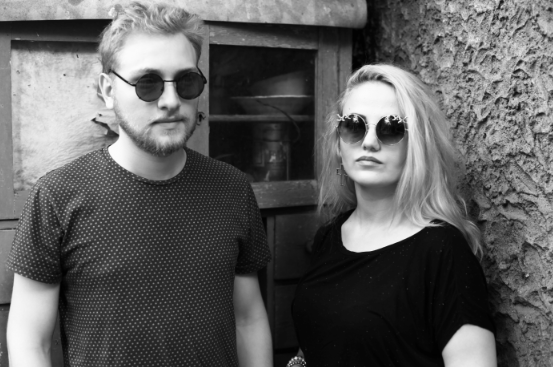 2013 has been a busy year for London based duo Hot Casandra. Fresh off the back of performances at Pacha, Proud Camden and Café 1001 and with forthcoming sets at Ministry of Sound on the 19th October, the duo have been spinning their Smooth Electro sounds at top clubs around the London circuit.

Originally hailing from Romania, Hot Casandra are by no means strangers to the limelight. In Romania they enjoyed high profile, with regular appearances on MTV, National Television and Eastern European festivals. Meanwhile on the press front they have seen reviews in FHM, The Guardian and Tillate. But 2013 sees the duo move to the UK as they introduce their brand of Electro the UK crowd.

‘Getaway Heart’ is the new single from the duo. A slow burn Electro groove that works it’s way towards climax. With Paul Ballo on live drums and bass and Elena providing haunting female vocals, the track draws inspiration from acts like Simian Mobile Disco and classic Italo-Disco. The track bubbles on increasingly draws the listener in as it builds in emotion and tension.

Next up on the package is ‘Mouthwatering’. An emotive Electro trip, with 80s Electro influences and great male and female vocals, answering each other as the track rolls on. Synth stabs prevail, alongside driving live drums and thoughtful melodies. Not to be missed!