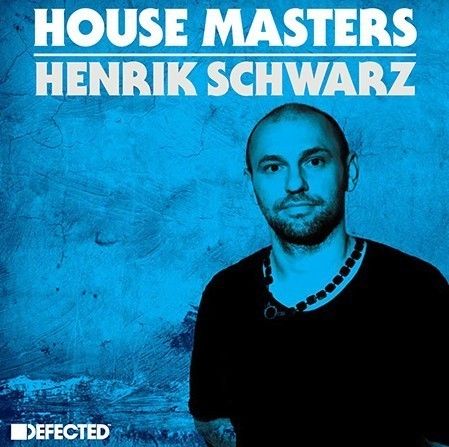 One of the few electronic producers that truly transcends the boundaries that constrain many of his peers, Henrik Schwarz is an artist in the truest sense of the word and House Masters Henrik Schwarz is his legacy. Comprising 20 of his exquisite productions and remixes, the compilation boasts timeless masterpieces including his remixes of Detroit Experiment ‘Think Twice’, Code 718 ‘Equinox’ and Omar feat. Stevie Wonder ‘I’m Feeling You’, as well as his own ‘Leave My Head Alone Brain’, ‘Take Words in Return’ and an album exclusive with Chasing Kurt ‘From The Inside’ (Henrik Schwarz Deep Version).

Schwarz’s passion has always been the combination of electronic computer music with instruments and inspirations from other origin. Sound sources from outside the dance world have been melted together with mesmerizing electronic synths and drum machines to create a blast of energy on the dancefloor and to open a space in your mind. Without question one of the most devoted electronic artists of his time – and recently voted the 6th best Live Act in the world by the readers of Resident Advisor – Schwarz is now revered as a truly unique talent, a fact that is exemplified by one of the strongest collections of music in the acclaimed House Masters series.

“I have felt total freedom in electronic music because the 4/4, for me, is the bridge into the unknown in a way: you can do anything in between two bass drums, and they hold it together. You can do the craziest sound and put a bass drum there and everyone loves it.” Henrik Schwarz

House Masters Henrik Schwarz is a hand-picked selection of tracks and remixes from his peerless vault, with Schwarz given complete freedom to include those records he believes best represent his career in electronic music.

Picking out highlights from a track list as sublime as this seems churlish, but there are a few records that deserve special mention. His remix of Coldcut featuring Robert Owens ‘Walk A Mile In My Shoes’ – which went on to be one of the biggest club hits of 2006 – is breathtaking, while ‘Leave My Head Alone Brain’ bridged the gap between jazz and techno with more assurance than anyone had managed before or since. Equally impressive is his version of Ane Brun’s ‘Headphone Silence’, his first record from outside of the ‘dance’ world and one that has become an undoubted favourite over the last few years.

Ultimately, words can only do so much justice to music of this calibre, so if you’re looking for the only definite collection from a master of his trade you need look no further.

House Masters Henrik Schwarz is the 20th edition in the long-running House Masters series which has seen releases celebrating the work of Louie Vega, Dennis Ferrer, Charles Webster and many more.