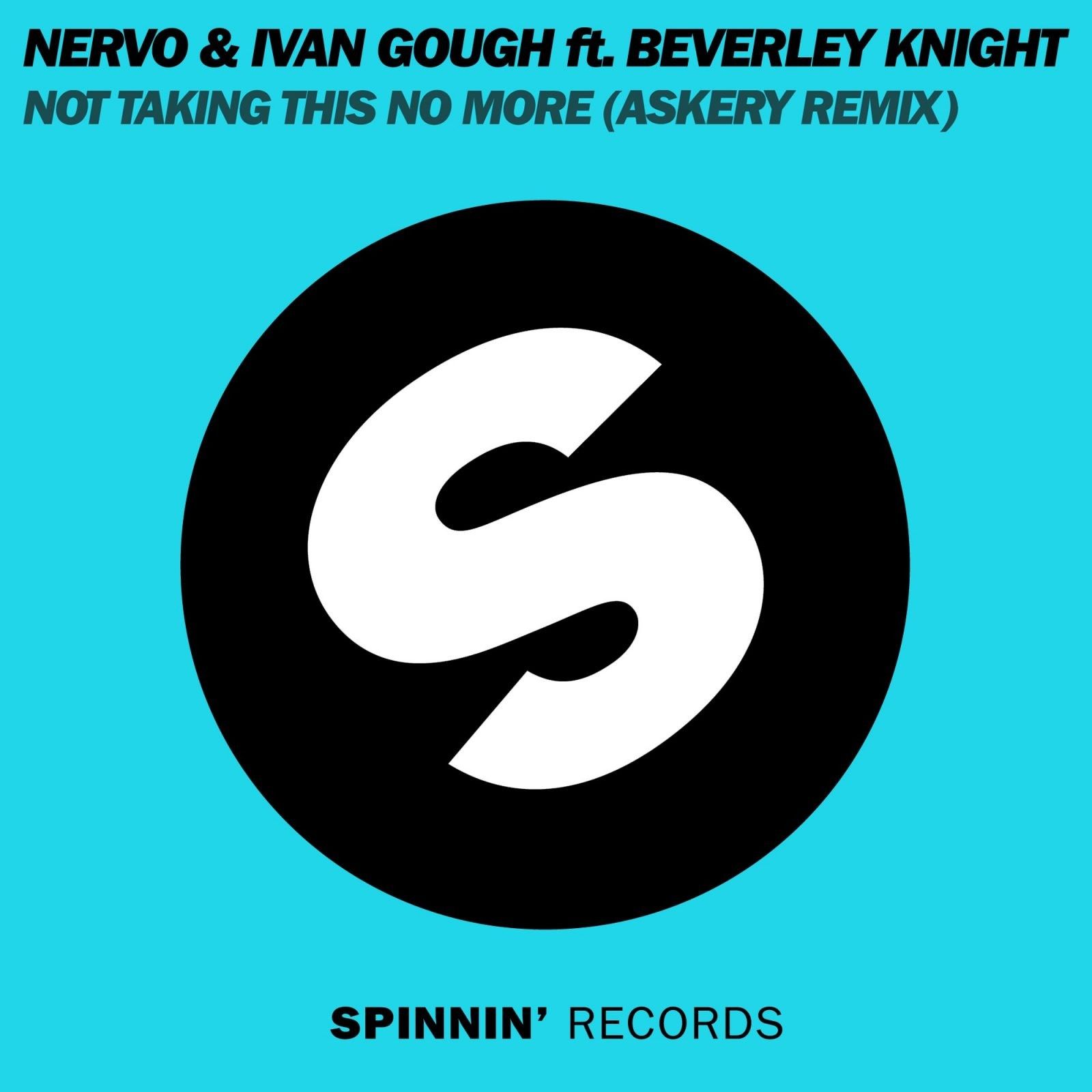 Rising Swiss talent Askery slams into the penultimate weeks of 2013 with a massive remix of NERVO and Ivan Gough’s hit single ‘Not Taking This No More’ on mega-imprint Spinnin’ Records.

Askery unleashes a blistering remix of the original cut, driving percussion and tight trance elements giving the track a harder edge before dropping out to allow Knight’s voice to soar across the top line. Showing deft production and an innate understanding of the dynamics of the dance floor, minimal beats then build by the second towards an almighty drop that has already caught the ear of Radio 1’s Danny Howard, who will broadcast the remix this weekend on his SiriusXM US radio show.

Askery was an easy choice for the Australian global chart-toppers, who have been fans of his work for some time, having played his upcoming Armada Music single ‘NaOH’ on NERVONation this month. “Askery is SOOO talented,” the twins said, “we really love this remix!” The edit has already caused a huge amount of hype on Soundcloud, with over 22,000 listens on Spinnin’s Soundcloud account when the preview dropped just days ago.

‘Not Taking This No More’ is not the only Askery production circling right now. His stunning remix of Wilkinson’s ‘Too Close’ Drum N Bass cut was chosen by none other than Nicky Romero to open this week’s edition of his Protocol Radio show, while debut solo track ‘Hybrid’ was selected by the world’s #1 DJ Hardwell as ‘Promo of the Week’ for Hardwell On Air.

With major moves lined up for 2014, a growing army of A-list supporters and a slew of new production in the pipeline, EDM fans can be sure that Askery will be a name they hear again and again as the new year breaks.