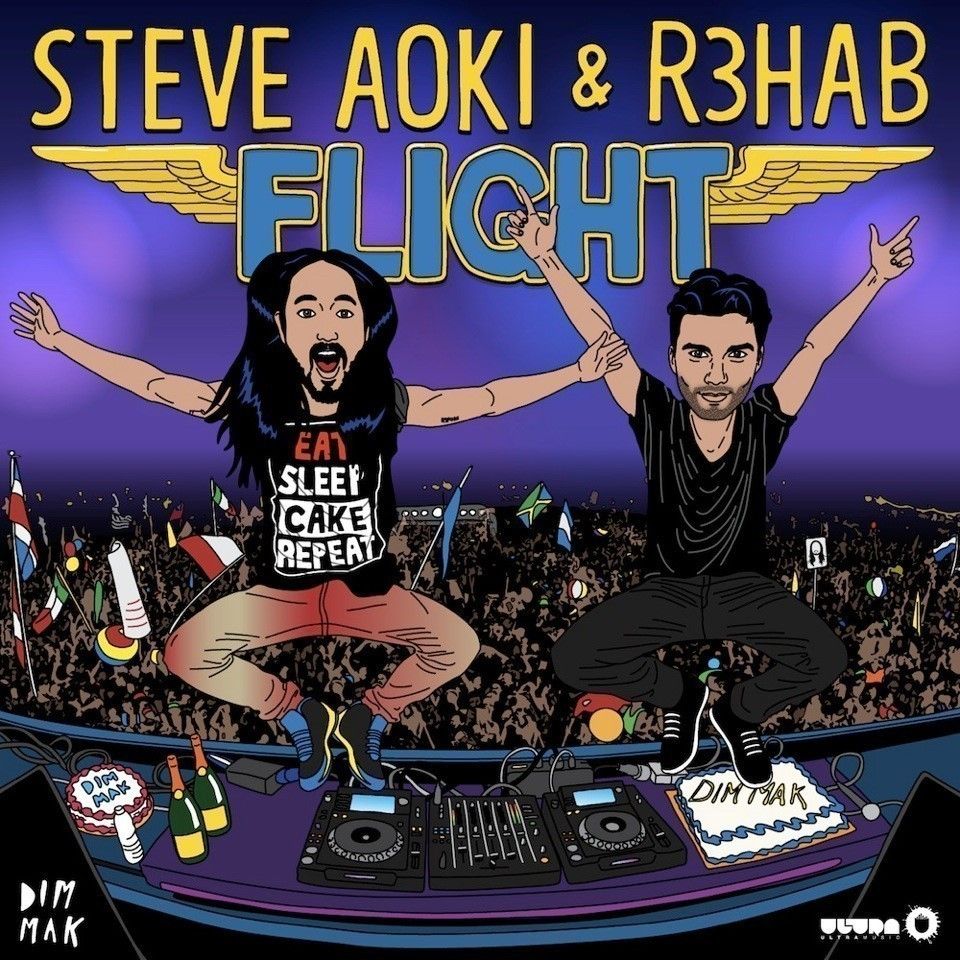 The much anticipated collaboration between Steve Aoki & R3hab – that first took ‘Flight’ at Ultra Music Festival in March – has finally landed on Ultra Music.

Not containable by the four walls of a club, this festival sized smash lays down the hammer with a drop that has everyone jumping in unison. This is euphoria wrapped up into one giant track from two of dance music’s heavyweights.

‘Ever since debuting Flight at Ultra Music Festival in March, I’ve been wanting to get it released.  R3hab is one of my favorite producers to work with and it really shows on this track. It’s the perfect mix of both our signature sounds,’ Aoki says.

It’s amazing to work together with Steve Aoki on Flight. His energy is contagious and it shows on the track,’
‹ R3hab.

Hungry for more? Check out this brand new video of Steve Aoki & R3hab playing ‘Flight’ together at Tomorrowland this past summer. It’s a bumpy ride.