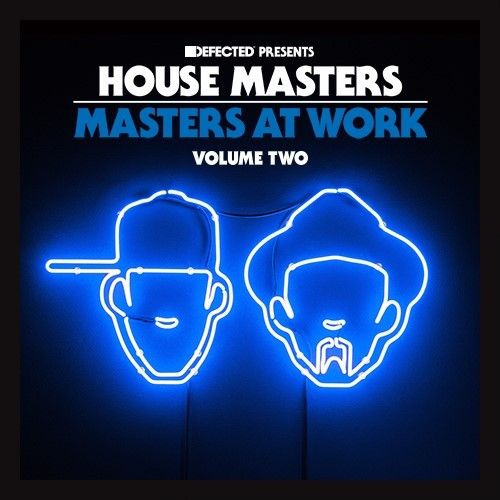 Masters At Work (MAW) – the ground-breaking project of Louie Vega and Kenny Dope – created a musical legacy that will last forever. MAW took the distinct and already highly praised production aesthetic of the two, and fused it with their encyclopaedic knowledge of breaks, hip-hop, disco, soul and funk.  Vega & Dope crafted an accessible yet defiantly underground sound that is still being copied and referenced – but crucially never bettered – by many of today’s contemporary producers.

The sheer scale and quality of the Masters At Work catalogue means that a single volume – even one that spans four CDs – doesn’t fully do it justice. This new collection digs even deeper into the MAW vaults, unearthing rare cuts and forgotten gems that even the most ardent fan may have previously overlooked. In fact, so elusive are some of the tracks included here that the masters had to be sourced directly from Louie and Kenny in order for them to be released on CD and digitally for the very first time.

Defected presents House Masters Masters At Work Volume Two further demonstrates the versatility of the duo’s productions: while Volume One focussed on the more club-ready cuts, this latest collection presents even more of the looser, downtempo vibes in which they frequently experimented and always excelled.

Tracks of particular note include Nuyorican Soul feat. George Benson ‘You Can Do It Baby’ (Nuyorican Style Mix) along with exemplary MAW remixes of Loose Joints ‘Is It All Over My Face?’, Raw Silk ‘Do It To The Music’ and First Choice feat. Rochelle Fleming ‘Let No Man Put Asunder’.

Masters At Work have always operated according to their own rules and their own sound. Whether it’s the sampling techniques of hip-hop, the swing of Latin styles or the soulful euphoria of house – they’ve always added their own special ingredients. This is what makes Masters At Work genuine dance music legends, and makes Defected presents House Masters Masters At Work Volume Two such an essential collection.

Critical praise for Volume One:

“At their best Masters At Work were simply unbeatable. They set so many standards that it’s almost impossible to imagine how dance music would sound without them.  If you don’t already own these records, you need this compilation.” Resident Advisor

“This is what 25 years of true mastery looks like! Show some respect and own it.” DJ Mag

“A must for any seasoned fan or newcomer alike” Mixmag