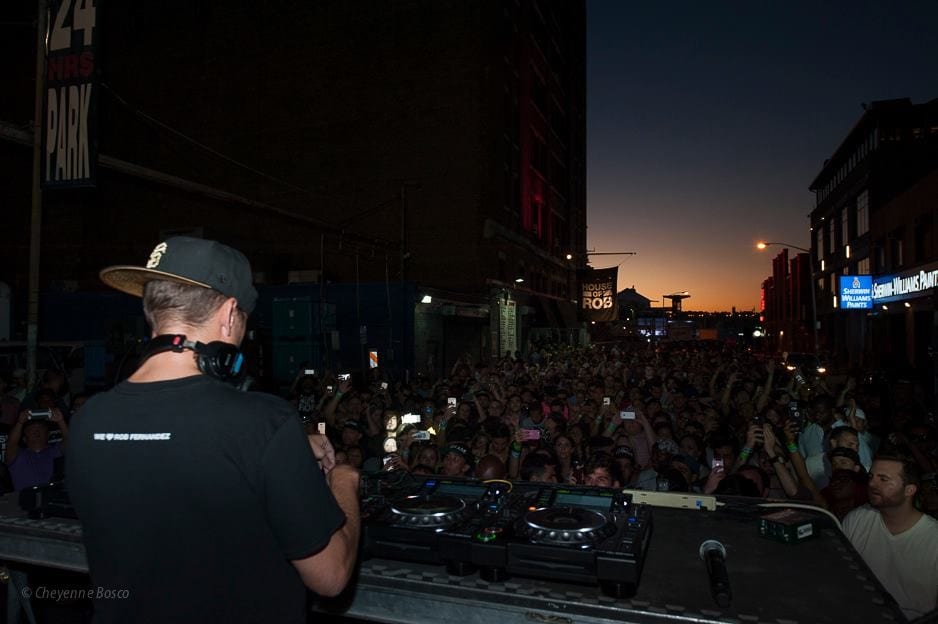 House of Rob is proud to announce that over $250,000 has been raised for the Fernandez Family Trust, benefitting the family of Rob Fernandez. Money was raised at HOR celebration at Pacha New York on September 16, 2015, as well as on GoFundMe.com and other individual contributions.

Rob Fernandez, globally respected event promoter and a key architect of the New York nightlife scene, passed away on July 10, 2015. He was a primary figure in the city's entertainment culture for 25 years. “Dubbed the ‘King of New York,’ Fernandez's inventive parties, keen eye for trends and talent, and generosity to stars, peers and upstarts alike made him a beloved figure throughout the global music industry,” says Billboard.

During Rob’s tenure as a mega-promoter, he was generous to a fault and looked after everybody in his adopted nightlife “family.” To honor his legacy, the electronic music community came together on Wednesday, September 16th to celebrate his life.

An APB was sent out to agents and artists: to give back to the man who helped launch and support the careers of countless DJs, and the DJs heeded the call – the response was so huge, that a fifth stage was erected for a block party on West 46th Street outside of Pacha New York, to fit the 50+ DJs.

The spirit, camaraderie, love, friendship and generosity of EVERYONE in the House of Rob community was overwhelming; together we showed Rob how much he meant to us.

Rob’s family says "We are beyond moved and brought to tears by the outpouring of support from Rob’s dance music family. The love and respect that surrounded Rob was truly felt at the Pacha benefit and we’re so proud to to be a part of his legacy. We may have lost our beloved Rob but now we are part of his global music family which is truly comforting after such a dear loss. A heartfelt thank you to all that contributed to the  Fernandez Family Trust. We will be eternally grateful."

Exclusive House of Rob shirts and jewelry are available at www.houseofrobnyc.com, as well as at Pacha New York this Saturday December 12th as the megaclub celebrates their tenth and final anniversary. All HOR merchandise proceeds go to the  Fernandez Family Trust. As the nightclub that Rob helped built from conception to construction closes its doors and hosts its final parties this January, join the Pacha family for one last dance in honor of the great Rob Fernandez. For more info on Pacha closing parties, go here.

Celebrate Rob Fernandez’s legacy with a holiday gift for that special someone. Proceeds from all sales go directly to support the family of legendary nightlife community leader Rob Fernandez.