The Linesman - How Can The Sky Be So Beautiful When We Have Been So Bad? Remixes 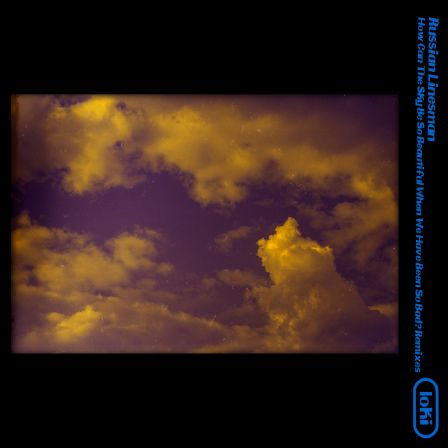 The Linesman - How Can The Sky Be So Beautiful When We Have Been So Bad? Remixes

The Russian Linesman has become a somewhat cult figure over the past eleven years, crossing paths with mavericks such as James Holden, Nathan Fake, Ryan Davis, Applescal and Laurent Garnier, along the way. His fusion of electronic and organic instrumentation in an experimental fashion has led to him being termed a “modern day composer”.

‘How Can The Sky Be So Beautiful When We Have Been So Bad? Remixes’ is the 2nd in a sequence of remix EPs flowing from the Russian Linesman’s remarkable series of 7-track EPs throughout 2017, titled ‘The Eysenck Suites I-IV’. The concept was to explore the psychological theories of Hans Eysenck and the emotions that they encompass – a project that the British Psychological Society endorsed here: thepsychologist.bps.org.uk/finding-melancholic-balance.

This ambitious 2018 remix project, features a carefully selected array of highly talented visionaries, giving them the opportunity to interpret the Russian Linesman’s musical adventures.The tracks selected for treatment are some of the ‘The Eysenck Suites I-IV’ finest moments.

‘How Can The Sky Be So Beautiful When We Have Been So Bad?’ is taken from ‘Part I’ which focused on Eysenck’s Melancholic temperament, and created a soundtrack for times of sorrow, reminiscence, regret, and also moments of withdrawal from over thinking everything, reducing anxiety, reflecting and triggering memory traces of happier times. Remixes come from Somfay, Magic Panda, Aiden, Avus, Matthys, Betamax Warriors and the Russian Linesman himself. Sleeve art by Azenoire.

Somfay – “When remixing, I like to utilize the original work’s melody as a seed and allow it to further grow outward into something different; to remove the essence from its original context and let it speak in a new way. It’s like botanical hybridization, however, instead of plant life, it is done with spirit and emotion as the subjects that are hybridized and expanded upon.”

Magic Panda –“When I first heard the track I fell in love with the atmospheric chord progressions and found the title of the track very evocative. I wanted to tap into the melancholia of the title and spoken words, but make it a bit more uptempo and explore the arpeggiated melodies of the chords. It took a while for me to find a way in, but when I started exploring the stems the track took on a life of its own and settled into a journey like structure with distinct sections whilst retaining the feel of the original.”

Avus –“For the ‘Acid Melt Remix’ I was inspired to drop my club focused leanings and form a more contemplative style of analogue exploration. While on the ‘Acids Remix’ I took these basic elements and adapted them back to the dance floor, driven by the pulse of the 303.”

Aiden –“As the original is a beatless version, I decided to make a more rhythmic track that evolves to an atmospheric climax with the Russian Linesman's poetry at the heart.”

Matthys –“I basically made the speed of the chord progression of the original twice as quick before sending every midi part to my modular synth, where I worked on textures of synths and feedback for drums. Great fun :)”

Betamax Warriors –"Sounded like it could do with a beat."

“As an artist I am triggered by music. I spent hours and hours listening to the ‘Suites I-IV’ and made some images as a tribute or an inspiration…I dared to ask if I could remix the cover artwork. He said yes and here we are! One of my most important moments in my artistic life.”– Azenoire (Sleeve Art)

The Russian Linesman also now hosts a monthly radio show on Bloop London, playing a multifarious mix of his favourite music from the past, present and future: blooplondon.com/shows/russian-linesman/