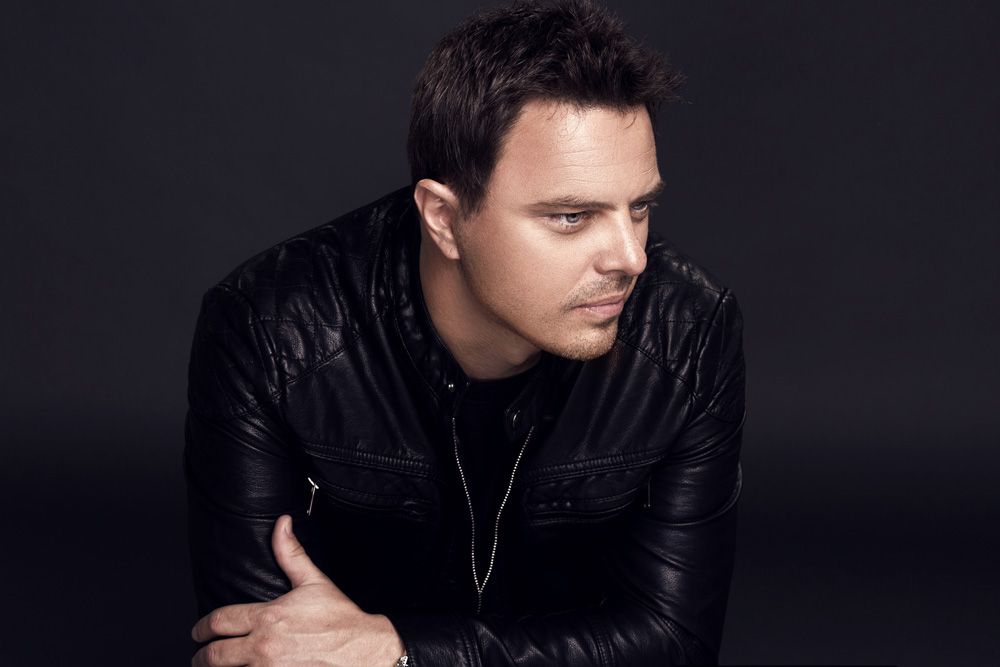 Welcome, music lover… Step a little closer. There are matters to discuss. With the two-album/four-year ‘Scream’ arc concluded, change has been afoot at Casa del Schulz. Priorities have changed, focuses have shifted and new areas have captured the attention of our music creator.

Some albums are consumed by high-visibility collabs, others about higher yet concepts, while some merely want to be as instantaneous as possible. ‘Watch The World’ isn’t any of those albums. It is one with a foremost objective though, and that, specifically, is to strengthen the bridge between the music and the song.

To deepen the impact of his studio work further, over the course of its 17 tracks, Markus has developed a closer-than-ever correlation between himself, the singers, the lyrics and their message. To do that, it has seen the acclaimed producer roll up sleeves and assume a co-writing role on its songs for the first time in his album history. ‘Watch The World’, his sixth, is also the first that Markus has produced independently for his own Coldharbour label, for release in conjunction with Dutch heavyweights, Black Hole Recordings.

All these elements have aligned to allow Markus freehand to develop his most creative and expeditionary release to date.

A different album-end requires a different beginning, so that’s exactly what Markus gave ‘Watch The World’. Tellingly, its process didn’t start behind the studio desk, but in a roomful of singers & songwriters.

At the end of 2014, Markus organised the first of what – over the course of 12 months – became four ‘Watch The World’ songwriting ‘camps’. Taking place in Miami, LA and Amsterdam, he began the collaborating with singers and lyricists – both known & new, greenhorn & experienced at a grassroots level.

“I was always fascinated by the (songwriting) process”, says Markus. “The issue I always had was I never seemed to be close enough to it. I realised I’d been missing it, and ‘Watch The World’ is me addressing that”.

At the camps, thoughts, themes and lyrics that resonated with him and his co-writers began to flow. Ideas bounced back and forward; their seeds and cues often gleaned from ‘world watching’ reflections. The first co-write fruit born was ‘Destiny’, which in late spring of ‘15 went to #1 on the Beatport’s chart. There it stayed for an unbroken 2 weeks, enjoying blanket club & radio support from fellow A-listers and going on to garner an IDMA nomination for Best Trance Track of the year.

“I used to be really into creative writing when I was younger”, Markus expands. “When I started DJing and producing that went on the back seat. For this album though, I was a hundred percent focused on not just producing the music but also working directly on its lyrical content.”

As they progressed, the camps uncovered more hidden seams of songwriting talent, with gifted LA-based singers like Brooke Tomlinson, Ethan Thompson and Trevon Trapper coming on-board. The results ranged from ‘In The Night’ (“stalker anthem no.3”, as Markus dubbed it!), the daytime hook of ‘Love Me Like You Never Did’ and the anticipatory trance-twilight of ‘Waiting’.

On finishing the album, Markus observed: “This, I see, as the next stage of my life as a musician. It’s about giving something of myself lyrically to the audience, as well as musically. Putting it out there. That is something that I’m really comfortable with doing now. The result, I feel, is an album which is a much more personal affair”.

With Markus pitching ideas both introspective and observational, Nikki Flores and Lady V co-writes like ‘Leaving LA’ and the album’s title track emerged. Having previously worked with Adina Butar on ‘Scream 2’s ‘Muse’, the anthemic edge of ‘You & I’ is every bit its spiritual companion. Following the success of ‘Destiny’, Markus has also reteamed with Delacey on ‘Favourite Nightmare’.

“I’ve found over time that music written to complement lyrics (as opposed to vice versa) often delivers the most enduring result”, he reflects. “So with no time limits and a completely free hand with who I worked with on the album, that’s how I began ‘Watch The World”

From the irrepressibly uplift of the ride-to-Coachella-inspired ‘Summer Dream’ and the transatlantic trance of ‘Rewind’, to deeper, inherently darker numbers like ‘Let It Rain’ and Kyau & Albert collab ‘Fears’, ‘Watch The World’s frequencies span across electronic music’s range.

It’s a Markus Schulz album that’s as different in approach as it is in result. Hidden, in clear view on the album are his thoughts and contemplations, both literal and figurative, existential, esoteric & actual. ‘Watch The World’ is set to deliver bold music production, three-dimensional lyrics and joined-up songwriting to one expeditionary electronic music album. #WatchTheWorld from today.