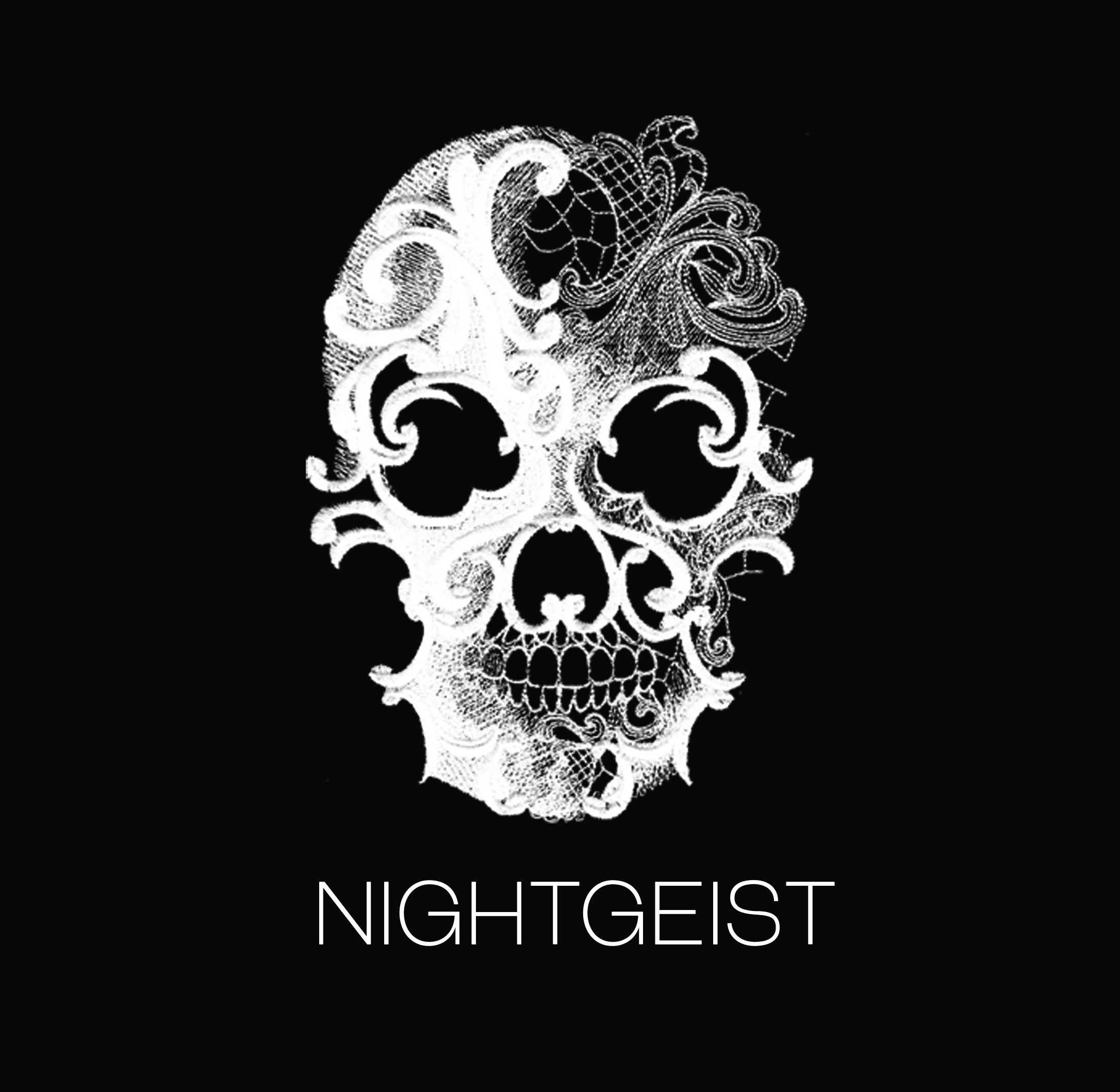 Nightgeist is a house music collective made up of co-producers, Suddi Raval and Si, and the sassy, London-born vocalist, Bekka. Their sound blends current house vibes with a taste of the old skool, evident in their former IHOUSEU Track Of The Week, ‘Some Kinda Feeling’. Here we get to know the band who chat about the resurgence of 90s dance music, sticking it to the man, and performing to 2,000 up-for-it Scots.

Where did you meet and how was Nightgeist formed?

Suddi: Si and I met at a video games company ten years ago. The irony about us working together now is that we both used to mock each other’s music taste. We didn’t really appreciate what the other was doing back then – I was in a band called Neon Love and Si was in an outfit called Solid State. Our bands were already starting to overlap as he wanted me to write lyrics for his band and I wanted some guitar for my band, so we crossed over on many songs.

Bekka: Bizarrely I met the guys online! We had a mutual friend who introduced us. I was working in an acoustic band at the time and Suddi heard some stuff on Youtube and got in touch.

Suddi: It was the most amazing voice I’d ever heard!

Si: The three of us then formed a band called Shrapnel… I know, it sounds like a metal band! We even asked a graphic designer to knock up a logo – in heavy metal style. I think we thought we were sticking it to the man, trying to be clever, but it went down like a lead balloon, no one took any notice.

Suddi: I still love our first song ‘My Only Thing’, it’s haunting and Middle Eastern sounding but I think we were the only ones who liked it – it sold about 50 copies!

Bekka: We clearly had a musical chemistry but felt we needed a new direction, and we knew our name was doing us no favours. It occurred to us we are lifelong clubbers and DJs, but weren’t choosing to make the thing that we all loved the most – House. As soon as we made our first House tracks, an energy and new lease of life poured into every music writing session, and Nightgeist was born.

Describe the Nightgeist ethos and sound.

Suddi: We are about embracing the current club sounds with a nod to the rich history of dance music over the last 30 years or so, but the emphasis is very much on current and future sounds.

Bekka: I think as we are evolving we are exploring darker themes within our lyrics and I think that is what makes us different from other house acts.

What does Nightgeist mean?

Si: Nightgeist is a play on the word Zeitgeist. It perfectly captures what we are trying to say musically as the word zeitgeist means the spirit of today, so throwing the word ‘night’ in there suggests ‘night life’. For that reason, it is the perfect band name for us.

Your new single ‘Some Kinda Feeling’ is quite a banger. How did this come together / where do you draw inspiration?

Bekka: This has been with us from the start. The inspiration for the vocal is all about the vibe you get in a club. It is about that moment you first go to one of the big clubs with a really good DJ and experience the unique togetherness and atmosphere only a club can bring. That is where the opening line “First time, feels good” came from.

Suddi: It went through a variety of mixes and sounds before it got to where it is now and in all honesty, it may never had been a single if the label manager, Phil Loraine, didn’t spot something in it. We played him a selection of tracks and didn’t really expect him to pick that one out as it was one of our older tracks. We felt the newer stuff might have appealed more but he could see the potential in that and we made it our first single.

The single has had success at radio, hit the Cool Cuts Charts, it’s being played by heavyweight DJs, and being shazem’d everywhere. How does that make you feel to know that it’s resonating with people?

Suddi: It has been amazing, really exciting. I get texts from Rebecca saying, “I am on the radio! I don’t know if I should laugh or cry…” Those kinda exchanges are gold dust. The feeling of knowing people are listening to and dancing to your music it was it’s all about.

Bekka: Haha honestly, this blows my tiny mind. When you spend your entire life working towards your musical aspirations and then all of a sudden, it’s happening and taking on a life of its own – I can’t even describe how amazing this is. For the guys, they have to bring me back down to earth at times because I can be a bit of an excitable puppy when our Shazams go up by 1!

How does the production and writing process work between the three of you? What roles do you each adopt?

Si: It varies depending on the track but very often one of us will come up with a song idea, send it to the others, then Bekka will often pad it out and get it recorded it in our studio in East London. She’ll then send us the raw vocal files and we will build new music around that, passing it back and forth ensuring we are all on the same page. It’s usually a remote, virtual affair and that has been working very well for us.

Suddi, weren’t you an originally a member of rave outfit, Together, the duo behind the massive ‘Hardcore Uproar’ track? Did you ever imagine that would turn out so big and influence so much of today’s sounds – you’re aware of the resurgence in 90s inspired dance music, yeah?!

Suddi: No one could have predicted how big Hardcore Uproar was going to be, least of all us! All we wanted was to hear it in the Hacienda. That dream came true immediately but for it to become one of the anthems there, and then spread nationwide resulting in a bidding war amongst the major labels, was quite a surreal moment. I couldn’t get my head round seeing posters saying, “The biggest dance record in the UK” – it was a bit much for a teenage me. I am fully aware of the 90’s resurgence – I get asked to play a gig almost every week! It’s nice to be in-demand, but I have restricted it to just the big events… if we played every week as many of the ‘old school’ bands do, it would wear thin and people would get bored of it. Retaining what magic there still is, is far more important to me than making a few hundred quid each weekend.

You performed a live PA / DJ set on new year’s eve at Colours in Glasgow for 2,000 people – how was that?

Suddi: What a night – the place was mental and brilliant in equal measures. Ricky who asked us back after performing the year before, said he wanted us again as – and these are his words not mine – “we ripped the roof of the place”. 2,000 Scots chanting, “here we, here we, here f**king go” is one hell of a site. They party in ways we can only dream of here in England.

Bekka: Oh my goodness, that was epic! Getting the Scottish initiation of 3 Vodka shots to prepare the vocal cords was a learning curve! The crowd were amazing and so involved. I think having it with Baby D on the stage at midnight might have been my favourite part of the night!

Each tell us an interesting fact about yourself.

Suddi: I can talk backward. I did it on Capital Radio a couple of years ago and have the whole recording! In order to not risk my music-credibility, I did it completely anonymously. I’ll only do it after many pints, so don’t ask unless I am really drunk then I am happy to. Oh, and it was mentioned in Smash Hits, I still have the clipping.

Bekka: I am a mum of two wonderful kids who are 9 and 11 and they share a birthday – that New Years’ Eve has got a lot to answer for I tell ya!

What’s coming up next for Nightgeist – gigs / production?

Bekka: We are writing a lot at the moment, we have just been back in the studio recording a new track called Miles Away, which we are very excited about. I was massively inspired after New Year’s in Glasgow and wrote this song in about 20 minutes! We will be performing at London Pride in the summer too, which I am quite excited for.

Nightgeist ‘Some Kinda Feeling’ is out now on House Trained http://btprt.dj/1SAgg5t