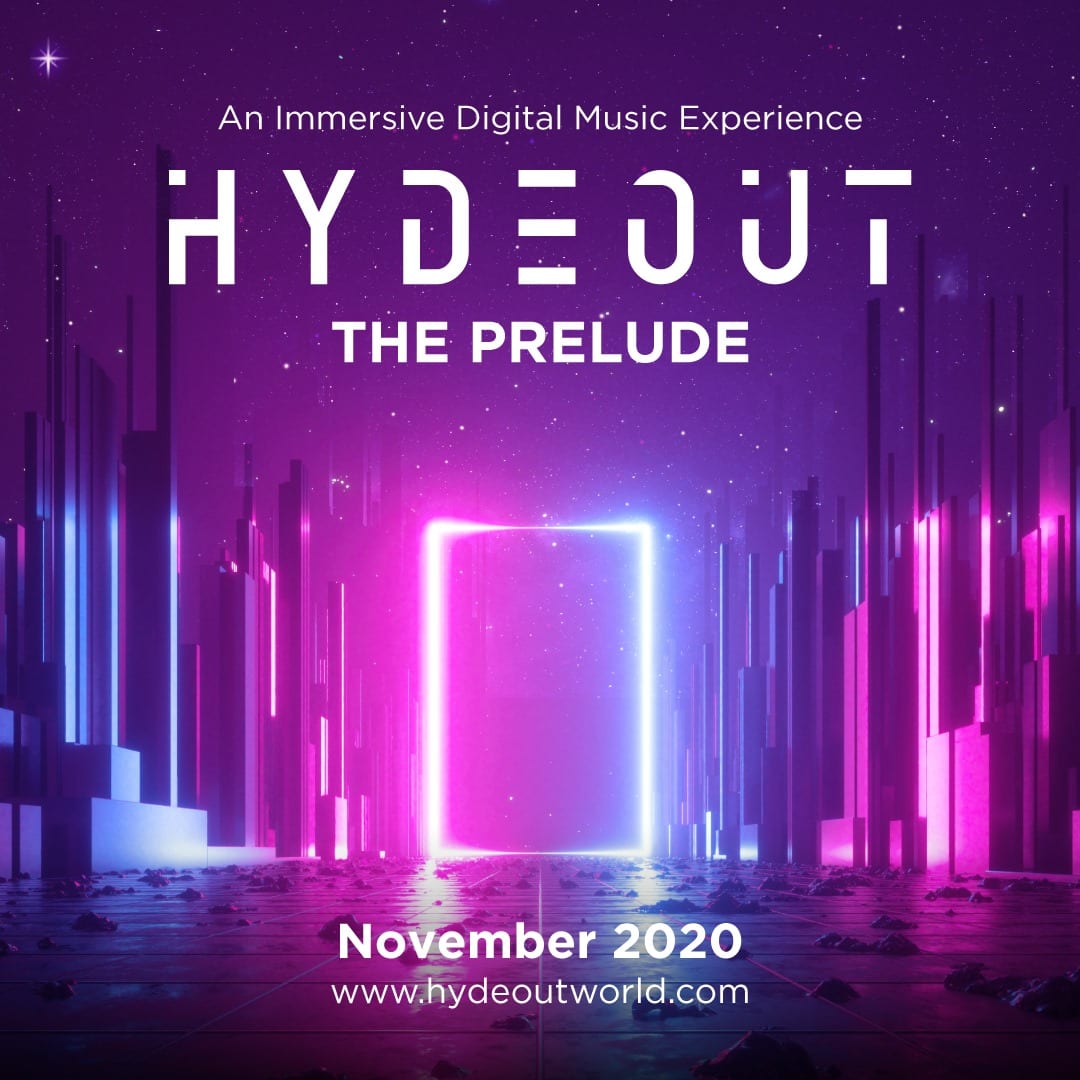 ‘Hydeout: The Prelude is wired to connect like-minded people across the globe and bring our favourite music and artists a step closer with one of a kind music presentations and artist stories. It is a place where everyone is welcome, free to interact and celebrate; having an unbounded freedom to experience a first of its kind entertainment platform‘

HydeNSeek Entertainment have announced a brand-new multi-genre virtual music platform unlike any other. Set to launch in November 2020, Hydeout: The Prelude promises to unite music lovers around the world with ongoing content releases of superstar talent, dazzling on-demand performances, online games and much more.

Preparing to make its groundbreaking debut, Hydeout has secured a wealth of global musical superstars, with the likes of Andrew Rayel, David Gravell, Don Diablo, Flux Pavilion, Mark Sixma, Martin Garrix, Nicky Romero, Rita Ora, Sam Feldt Live, Tinashe and Yellow Claw just some of the names involved for Part One. In a series of exclusive episode takeovers, Find Your Harmony, Monstercat, STMPD RCRDS and Youtopia will be inviting an array of their most sought-after artists to work their magic in the digital dimension. Uniting over 40 of the biggest international names from the pop, hip-hop and electronic sphere, a multi-genre, multi-elemental series release, Hydeout: The Prelude will allow music enthusiasts across the globe to come together in an online utopia free from the constraints of normal life.

Launching in November, the fully digital platform will be loaded with a series of episodes, individually tailored to its lineup of superstar talent. Calling upon the industry’s leading videographer, Charly Friedrichs, AKA Final Kid, who is renowned for his larger-than-life aftermovies including those for ULTRA Music Festival, Parookaville and UEFA 2016 x David Guetta – The Prelude will feature on-demand exclusive performances at breathtaking locations around the world as well as virtual environments, showcasing artists’ untold stories and much more.

A sanctuary for entertainment seekers to explore an array of musical genres, Hydeout’s digital empire will unlock endless possibilities as it steps into a global sphere, set to become not just the region’s but the world’s leading music arcadia. Additionally, social interaction features such as games, chat rooms and avatar customisation will allow users to perceive themselves in alternate ways in imagined worlds, while discovering and connecting with their favourite artists. Whilst physical meets may not be possible given the current situation, Hydeout’s chat rooms will encapsulate the joy of meeting new people as fellow music lovers and fans are encouraged to use a safe space that will allow them to make new friends from every corner of the globe.

“Music is a universal language that has the potential to unite millions across the globe. With this core mantra in mind, Hydeout is re-imagining a new norm for the music and entertainment space, with the aim to bring music lovers across an array of genres, a digital arcadia that promotes inclusivity and diversity.

We want to refresh the way people experience music and part of this is to bridge the gap between fans and their icons. The current climate only further highlights the necessity for online interaction and in addition to showcases from some of the world’s biggest artists, Hydeout: The Prelude virtually connects like-minded people in the reperceived world of music.” – Hydeout Executive Producer, Chan Wee Teck

With the live events space thrown into uncharted territory, artists, labels, festivals and music lovers around the world have turned to digital streams and shows to establish a ‘new normal’ within the music realm. Driven by a passion to share authentic and exclusive content that leaves a lasting impact, and a determination to bring people from every corner of the globe together through music, the creators of Hydeout have seized upon this new shift into the digital world, working tirelessly around the clock with some of the greatest minds in the virtual reality space to bring its fans a digital paradise that has never been seen before. With the launch approaching on the horizon, Hydeout cannot wait to invite you into an otherworldly dimension, offering an escape from everyday reality, dazzling with breathtaking visuals and unforgettable experiences.

For the latest info on Hydeout: The Prelude be sure to sign up to the mailing list at www.hydeoutworld.com and unlock a host of special perks and teasers. 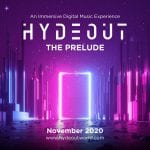