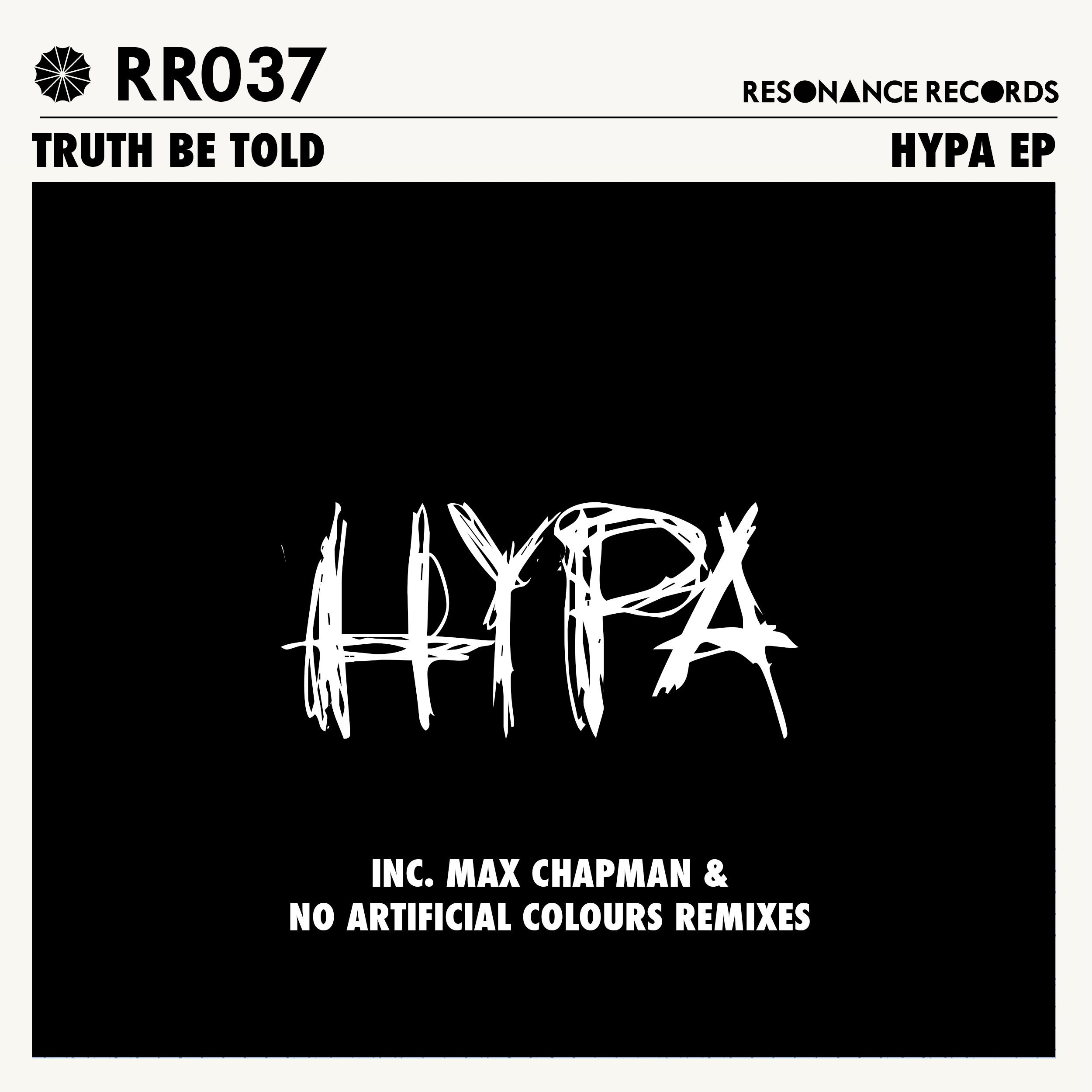 Emerging on to the scene a couple years ago, Truth Be Told has seen much support from the upper echelons of house music. Featured in Darius Syrossian’s Sankeys 20th Anniversary set, as well as Jamie Jones’ Paradise Boiler Room stream, the pair’s lauded ‘Fuxx It Up!!’ EP on Hector Couto’s Roush imprint was their seminal release and has led to further music on the likes of AVOTRE, Criminal Hype, and now the ever-impressive Resonance Records label helmed by Max Chapman.

‘Hypa’ initiates with a looped vocal chanting the track name until a drum roll introduces a sultry bassline, infectious lead synth and echoed percussion, before a purring piece of production named ‘Imaged’ demonstrates some playful melodies and serene pads. Resonance boss Max Chapman is then the first to remix ‘Hypa’ adding tribal drums and mesmerising stabs to the mix, until UK duo No Artificial Colours focus on a low slung groove as sinister atmospherics resound throughout.