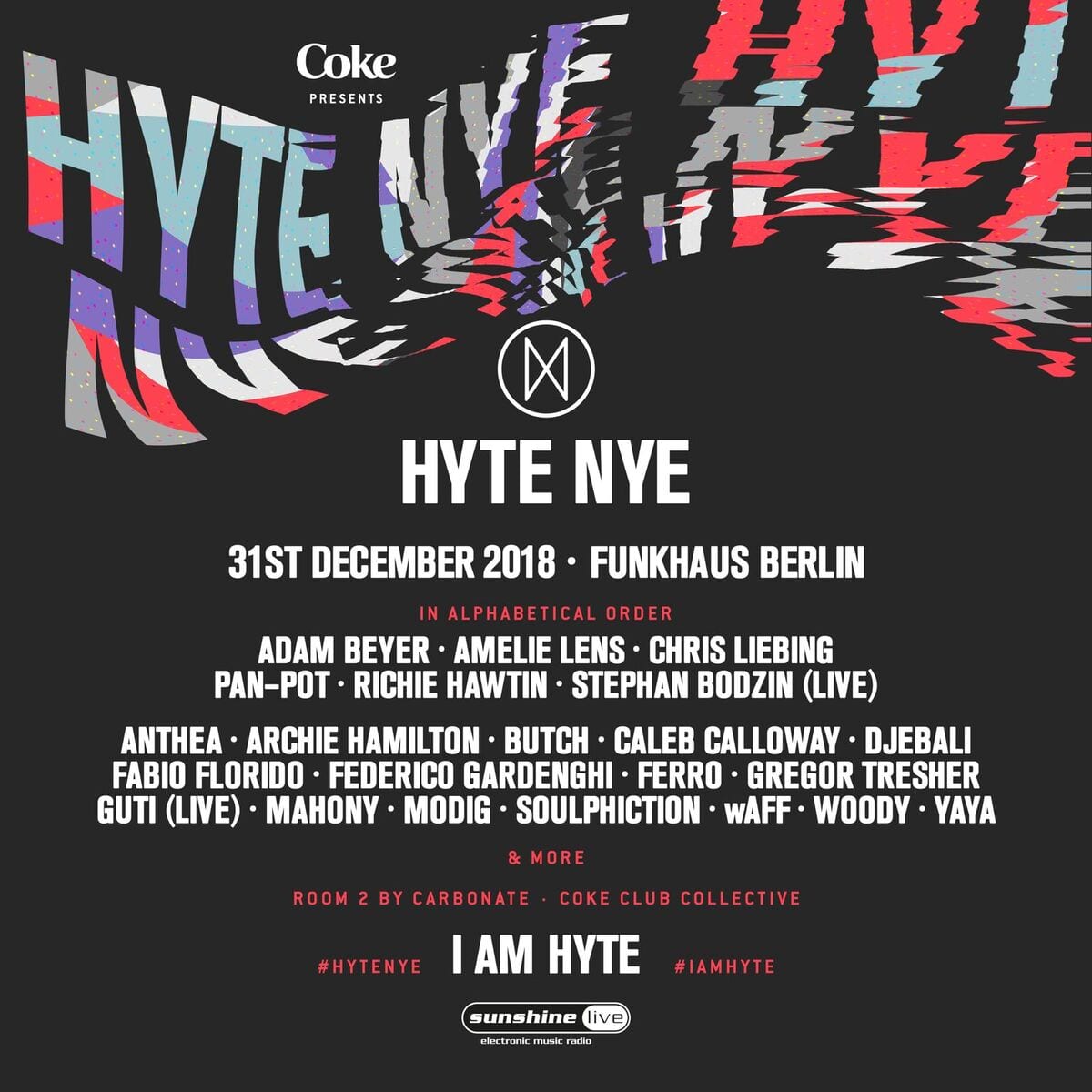 Chris Liebing, the German stalwart, who has been a firm fixture in the global techno scene for the better part of 25 years, will return to the famous Berlin HYTE event for the fifth year running. The techno mainstay just released his new LP "Burn Slow". Chris has once again shown fans his multifaceted talent. The 10-track album, released via Mute in early September, sees the Frankfurt-based artist explore more experimental pursuits.

HYTE NYE Berlin 2018 will be held at Berlin’s legendary Funkhaus venue. Built in 1951, the colossal East German complex used to host the biggest radio broadcasting site in the world. Today serving as a playground of the city’s vibrant underground scene, the building is a beautifully preserved piece of Berlin’s past, mixing Bauhaus architecture with Soviet aesthetics and industrial vibes. The event will take place at the so-called Shedhalle, a one of a kind warehouse with very rough but beautiful aesthetics, which is part of the Funkhaus complex.

Staying true to their extended party roots, HYTE will once again put clubbers’ stamina to the test, offering them a 24-hour marathon on NYE and NYE to remember. To ring in the New Year in style, HYTE will kick off as early as 18:00 on Monday, December, 31st and won’t pull the plug until 18:00, Tuesday, January, 1st 2019.