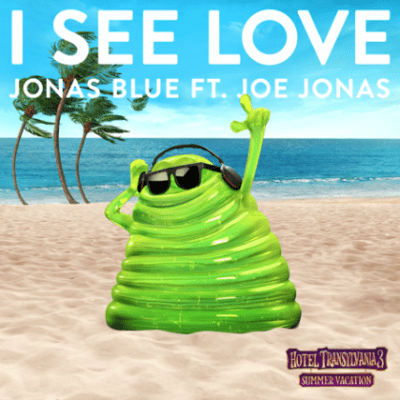 The latest installment in the popular animated movie series from Sony Pictures will hit cinemas next month. ‘I See Love’ is a feel-good summer anthem, ready to add to Jonas’ success alongside his latest single, ‘Rise’ featuring Jack & Jack.

Already shaping up to be the quintessential anthem of the summer, ‘Rise’ has hit 20 million Spotify streams to date, is currently climbing up the Top 10 of the iTunes Chart and the Top 40 of the UK Official Singles and UK Spotify Charts. The single has received strong support across the radio, withRadio 1 naming ‘Rise’ their ‘Tune of The Weekend’ and moving the track up to the station’s B List. Not stopping there, the recently released music video has surpassed 2 million views in just a week of release.
Jonas Blue has cemented himself as a permanent fixture in the charts so far in his career, surpassing 4 billion streams worldwide. With 3 x Top 5 UK singles to his name already, his debut single, ‘Fast Car’now has 39 platinum certifications worldwide, making Jonas a truly global phenomenon.

This summer, Jonas will perform at SW4 Festival and numerous other festivals across Europe, before gearing up for his ‘Electronic Nature’ summer residency at Hï Ibiza between 24th June and 23rd September. With Jonas Blue also setting up his record label and publishing company ‘Blue Future’, you can expect to hear some big news on his debut signings later this year.