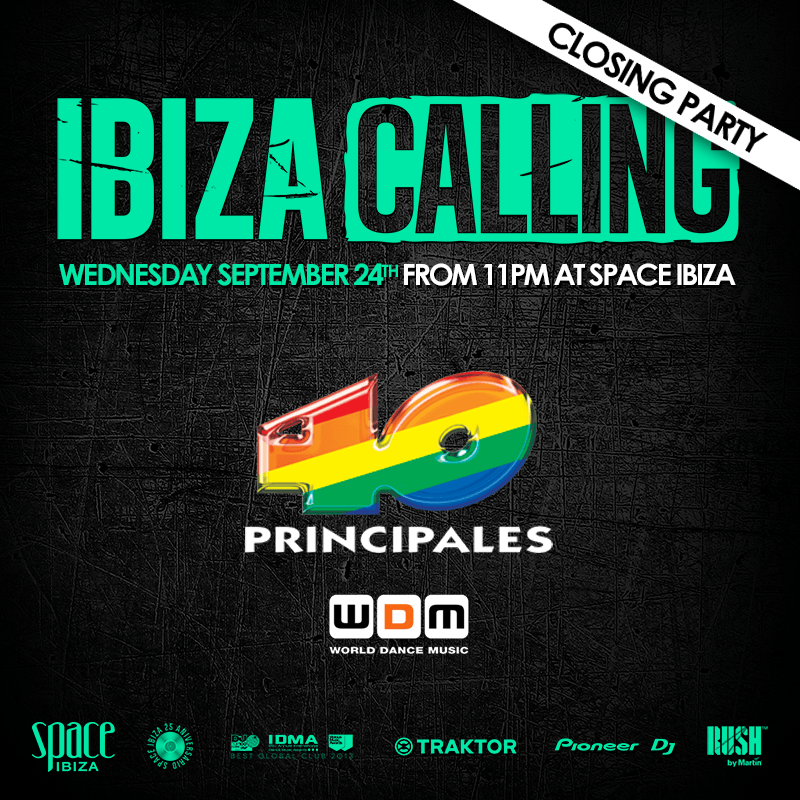 On Wednesday, September 24th a special program of the World Dance Music radio show in the closing party of Ibiza Calling will be recorded. Luis López, director, DJ and host of this prestigious program will interview R3haB and broadcast part of his session on Saturday, September 27th from 10pm to midnight Spain time, on the Los 40 Principales station.

Space Ibiza will host one of the most popular shows within the EDM world. For 12 years, World Dance Music has established itself as one of the most important programs in terms of this genre. Over 6 million listeners in Spain, Latin America and USA have made it the most listen-to Spanish radio program all over the planet. DJs in the likes of Avicii, David Guetta and Hardwell have also collaborated with the radio show just like R3hab and the resident of Ibiza Calling, Camilo Franco will now do.

‘Unstoppable’ and ‘Ready for the weekend’ are the latest hits by the Dutch artist that will surely be played during his set. Furthermore, R3hab will perform on the closing of Ibiza Calling next to the duo 2WhiteBeats, Eurodance legend ATB, the Columbian Camilo Franco, the promising young talent Gelab and resident Ramon Castells.

Buy your ticket or VIP pass and do not miss the opportunity to attend the last big EDM event of the season on Wednesday, September 24th. Even if you cannot come, tune into R3hab on Saturday, September 27th on the Los 40 Principales station or on the World Dance Music website.