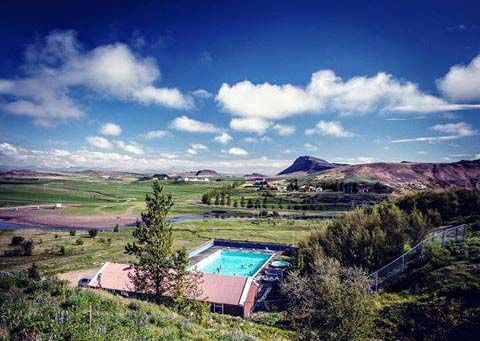 Iceland’s Secret Solstice Festival taking place for the fifth time this June 21-24 during 96 hours of straight sunlight in the world’s most northerly capital city of Reykjavik is pleased to present its final lineup and daily schedule as well as announcing the much anticipated acts for their incredible once-in-a-lifetime side parties. Adding SCI+TEC techno titan Dubfire and Iceland’s very own Bjarki to the bill, also new to Secret Solstice this year will be a special add-on event, a geothermal pool party set in the stunning surrounds of Hreppslaug swimming pool. WIth several bucket list side events to choose from all boasting top international and local talent as well as the addition of single day tickets for the opening concert on Thursday June 21 and Saturday June 23, there are plenty of options to experience the enchanting midnight sun in the land of fire and ice.

Secret Solstice is pleased to welcome All Day I Dream as it makes its Icelandic debut on Friday, June 22. A further addition to the lineup, this event features as one of their bespoke offsite events. Lee Burridge and YokoO’s vibe perfectly compliments the magical surroundings of Hreppslaug, a geothermal swimming pool. Pool party ticket holders can look forward to complimentary drinks and lunch as well as weaving melodic melodies and infectious grooves under a sun that refuses to set.

On Saturday, June 23, Into The Glacier ticket holders will dive deep into Langjökull, Europe’s second largest glacier in a rare chance to catch Dubfire throw down his heavy-hitting techno 80 feet below the surface in a stunning blue ice cave deep inside the glacier.

For those looking for something more downtempo, The Lava Tunnel offers the perfect opportunity to explore the magic hidden inside Raufarhólshellir, a 5,200 year old lava tunnel filled with natural ice sculptures and stalactites soundtracked by some of Iceland’s leading acoustic artists. Saturday, June 23 will see soulful singer/songwriter Una Stef play to the sold out crowd, pop rock and folk singer Birgir and up and comer GDRN with her soothing and hypnotic vocals take to the intimate Lava Tunnel stage. On Sunday, June 24, 6 piece electro indie band Valdimar, the “Norah Jones of Iceland,” songstress Ása and local folk singer and feel good legend Teitur Magnússon will showcase their talents to The Lava Tunnel pass holders in what is sure to be a standout experience of the entire festival.

Secret Solstice is also pleased to present the day-by-day schedule as well as releasing tickets to theOpening Concert to catch the likes of Bonnie Tyler, Jet Black Joe and Steve Aoki on Thursday June 21. Saturday passes are now also available via the Secret Solstice website (www.secretsolstice.is) for June 23for heavy-metal fans wanting to catch Slayer on their first and last show ever in Iceland as part of their Final World Tour.

Tickets to Secret Solstice presents: Geothermal Pool Party with ‘All Day I Dream’ 2018 at Hreppslaug on June 22 are on sale now for $145 USD via secretsolstice.is/side-events/

Tickets to Into The Glacier on June 23, 2018 are on sale now for $318 USD via secretsolstice.is/side-events/

Tickets to the Opening Concert on June 21 are on sale now for $96 USD via the Secret Solstice website.

Saturday Festival tickets are on sale now for $145 USD via the Secret Solstice website.

Festival passes to Secret Solstice Festival 2018 start at $241 USD. Camping, and VIP tickets including Odinn and Package of the Gods are also on sale through the Secret Solstice website.

Full tour packages including flights, tickets and accommodation with Iceland’s top services including hotels, rentals, and airport transfers are also available via the Secret Solstice website.