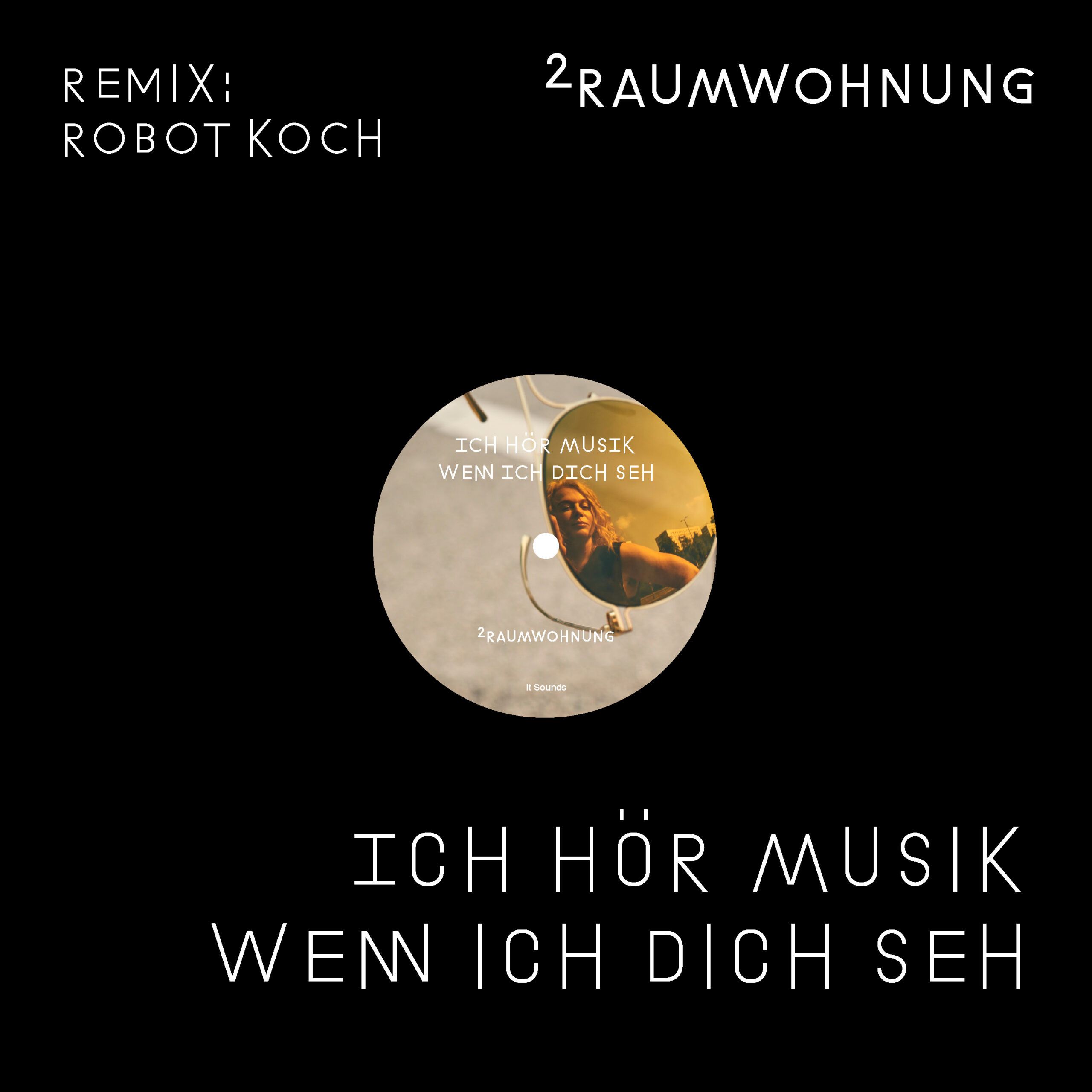 The established german electronica duo 2raumwohnung is back with their new single "Ich hör Musik wenn ich dich seh". Including a great remix by Robot Koch, wo turning the original version into a cinematic exploration perfect for both dancefloor affairs as well late night adventures. In the past past the duo got already remixed by friended artists such as Ricardo Villalobos, DJ Koze, Solomun, Tobi Neumann, Ian Pooley, Moritz Von Oswald. With Robot Koch they found a name who round out this list in a perfect way.

The respected producer & composer Robot Koch (based in Los Angeles / Berlin) is known for his organic electronic productions. In the past he presented his music on labels such as Monkeytown, Bpitch Control or Diynamic and remixed the likes of Norah Jones, Bassnectar or Max Richter's Vivaldi Four Seasons for Deutsche Grammophon.

In his reinterpretation he devises a playfully melancholic expedition, keeping the original soothing vocal at bay. Despite the overall desolate ambiance, crafted in Robot Koch’s trademark pensive style, the artist keeps a dynamic pace with a resolute timbre. What results is a highly enveloping piece that instantly picks up on the floor aside for making a captivating radio audition.