Lauren Aquilina - If Looks Could Kill 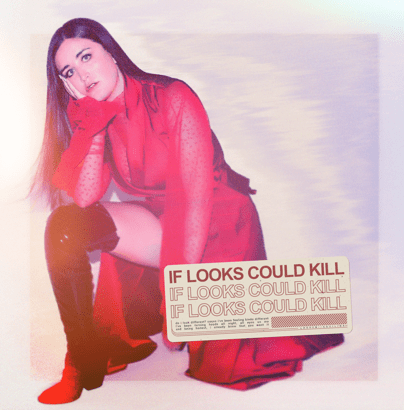 Lauren Aquilina - If Looks Could Kill

Bristol born vocalist and songwriter Lauren Aquilina has delivered the release of her brand-new single,‘If Looks Could Kill’, the punchy follow up to recent comeback release ‘Psycho’ – a production made in the wake of Lauren’s 3 year hiatus.

Written by Aquilina and frequent collaborator Lostboy (who has previously worked with Nina Nesbitt, Liam Payne, Gabrielle Aplin), the lyrics of ‘If Looks Could Kill’’ continue to explore the sinister side of heartbreak, warning an ex of the lethal potential of jealousy.

Famed for her honest songwriting and piano-led ballads, Aquilina soon amassed a loyal fanbase thanks to a trilogy of formative EPs. Supported by BBC Introducing, The Line Of Best Fit, Popjustice, and The Independent, this chapter of her career saw her hand-picked by Taylor Swift as an opener for her iconic tour titled ‘1989’, and culminated in the release of her debut album ‘Isn’t It Strange’ through Island Records in 2016.

Displaying her dynamic diversity as a songwriter, Aquilina bridged her post -’Isn’t It Strange’ gap by co-writing Fletcher’s single ‘I Believe You’ which was inspired by her own #MeToo experiences, and has since worked alongside some of pop’s hottest names, including Little Mix, BloodPop, Grey, Kiiara, andRina Sawayama.

With her sound evolving, Lauren returned to the solo scene last Autumn with a widely acclaimed show at London’s Camden Assembly venue. Taking inspiration from the raw emotion of Alanis Morissettemixed with the soaring pop melodies of Robyn, the release of ‘If Looks Could Kill’ precedes Lauren’s forthcoming tour dates across various UK cities, including Manchester, London, Leeds, and Newcastle. The acclaimed songstress will also support US artist Sasha Sloan on her North America & Canada tour this March/April, with Lauren performing in various cities including San Francisco, New York, and Washington during the 13-date schedule.

Packed with her poetic, honest and reflective lyrics, ‘If Looks Could Kill’ is the aural embodiment of a construction that is both furiously innovative and unrelentingly immediate, and is set for release onFriday 18th January.