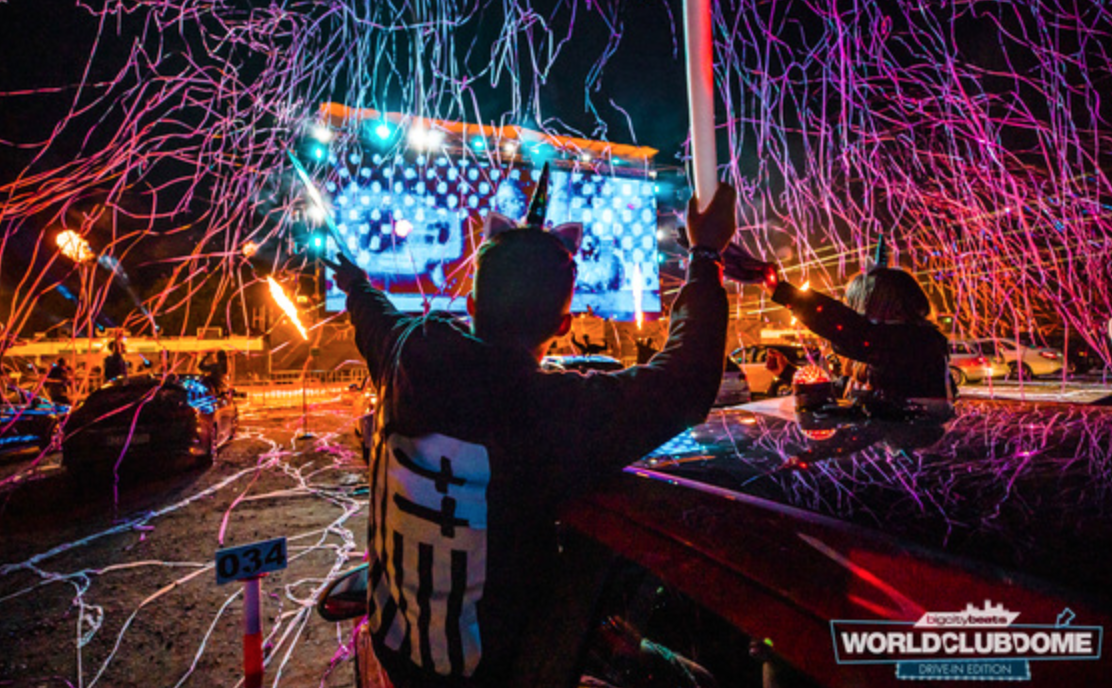 It’s a well-known fact that you should stop when you create the perfect moment, and what happened last weekend on the forecourt of the Mannheim Maimarkthallen was a truly perfect moment. Nearly 1000 cars, almost 3000 WorldClubbers partying for five hours, to the sounds of some of the world’s greatest superstar DJs. Every single moment, every single WorldClubber, safety guaranteed.

The completely sold out BigCityBeats WORLD CLUB DOME Las Vegas Drive-In was the highlight of an incredible idea from the visionary mind of Bernd Breiter. Following the launch of the electronic music – drive-in cinema concept in April of this year. The result was a global media reverb with coverage ranging from the Daily Telegraph Australia, to the New York Post, the influential Forbes Magazine and many more. BigCityBeats was the first organiser worldwide to implement this groundbreaking concept. And what a concept: Seven completely sold out shows and nearly 10,000 guests. “We are incredibly happy…” Says Bernd Breiter, “that thanks to the Drive-In events we have given new inspiration to the event industry. And now that we’ve passed the mantle onto the entertainment industry, we now dedicate ourselves to new projects.”

The Las Vegas Drive-In Edition – It was a colourful, dazzlingly unique show with pyrotechnics, flame columns, lasers and spectacular live acts. The huge Las Vegas Revue, gave World Clubbers a little taste of what they can expect next year in 2021, at the “largest club in the world”, on the grounds of the Deutsche Bank Party Frankfurt (formerly Commerzbank-Arena), welcoming an expected 180,000 visitors over 3 incredible days. Las Vegas meets Frankfurt, recognised as the world’s capital city for entertainment and extravagance, for four days Vegas will become a part of the main metropolis in Frankfurt

On the 300 square meter LED screen and enormous adjoining stage were German DJ-Act Gestört aber GeiL, BCB resident DJ Le Shuuk, and the globally successful hardstyle-duo Da Tweekaz. Live from Las Vegas one of the most recognisable and successful EDM DJs in the world; Steve Aoki appeared on the 300 metre screens, himself a long term member of the WORLD CLUB

DOME line-up. A message also travelled all the way from Australia to Germany: Timmy Trumpet playing an exclusive trumpet solo especially for BigCityBeats. Further greetings were received from one of the world’s most successful DJs: Dimitri Vegas, sending his love by phone from Belgium, and wistfully wishing that he could be there in person.

Another goosebumps inducing moment during the Las Vegas Drive-In Edition was ESA astronaut and ISS commander – Luca Parmitano telling World Clubbers to: “Keep on rocking!” He also praised the BigCityBeats events as being a “balm for the soul”. Magicians, stilt walkers, glamour girls from Europa Park, Merkur slot machines and a live roulette draw provided the unmistakable opulence of Las Vegas, where one of the 4000 cars won 4-day VIP tickets to the BigCityBeats WORLD CLUB DOME Las Vegas Edition 2021. A visual masterpiece truly took place during the incredible event.

Big city flair was also on show during Sunday’s WCD Pool Sessions, where they celebrated a world premiere: For well documented reasons only 100 guests were picked and invited from social media, the lucky few were given the opportunity to take part in the four-hour open-air event on the green meadows of the Frankfurt stadium pool, against a picturesque summer pool backdrop. Where tens of thousands of World Clubbers would have celebrated some brilliant techno beats this weekend, instead only a few dozen were allowed to enjoy the wonderful weather, a quite magnificent sunset, and partake in some delicious cocktails, the ClubKitchen menu courtesy of the star chef.

The event was encapsulated by a perfect pool sessions soundtrack. While DJs Ask:Me, Drumcomplex, Felix Kröcher and Karotte b2b, planted Gregor Tresher on a floating stage in the foreground, the epic Frankfurt skyline in the background helped inspire the big city vibe. The indescribable, once in a lifetime feeling was not to be missed, and the Frankfurt City Council stopped by sharing their enthusiasm live on Facebook: “From space back to our stadium pool Bernd Breiter has done it once again. 99 guests in person dancing in front of DJs, and more than 300,000 watching online.”

In total the weekend’s live streams, radio broadcasts and social media activity reached more than a million people. And while BCB founder Bernd Breiter and his team are already hard at work on new spectacular events, all eyes are firmly fixed on the BigCityBeats WORLD CLUB DOME Winter Edition. Due to take place on January 8, 9, and 10, 2021 in Dusseldorf – and quite probably as the very first major event held after the Corona crisis. Initial information regarding the huge headline acts for this momentous festival will be announced shortly. 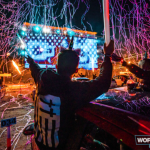